Words and Images by Candida Wohlgemuth

Each year, San Francisco sits high on our list of must-visits. Filled to the brim with grassy green parks, endless people watching, and neighborhoods with characteristics unequivocally theirs, we always experience unforgettable days in the Golden City. We’re looking through the lens of Candida Wohlgemuth as she outlines a dream day in her city, photograph by photograph. Grab your camera, own two feet, and a friend or two — and follow along as we say hello to San Francisco.

There’s no better feeling than starting your morning in the breezy saltwater air of San Francisco. The city is bustling during the day, so it’s those precious morning hours that seem to make the whole city stand still. My favorite place to put this into practice is Crissy Field, a former US Army Airfield. It has a large grassy area with an incredible unobstructed view of the bridge (until Karl the Fog shows up). 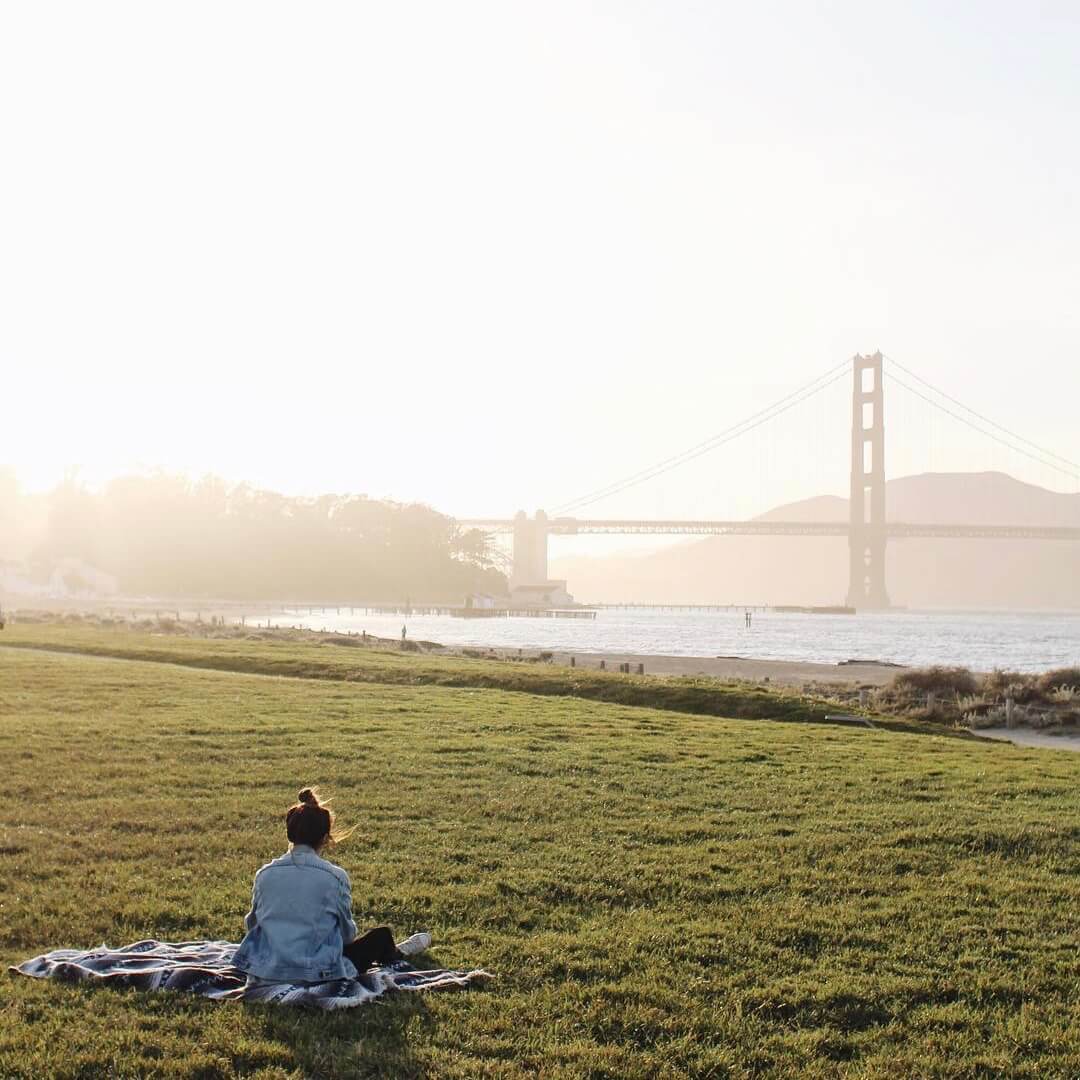 Photo Tip: Get there early and walk past the beach portion towards the grassy field area. Here, you’ll find a stellar view of the bridge that doubles as a morning picnic spot.

Now that you’ve gotten some fresh air to start the day, make your way over to Tartine Manufactory in the Mission District. It’s one of the city's most loved spots, and you’ll immediately understand why once you experience its sights and scents. You’ll want to try just about every bread they bake, so to narrow it down, I always recommend one of their toasts.

Photo Tip: Go into the larger room which is filled with natural light. Look up and take a snap of the globe-filled ceiling.

While you’re in the Mission District, walk on over to Dolores park, and there you’ll find many sights that are only found in San Francisco. Not to mention, it’s chock-full of the best people-watching. (Bonus: there are dogs at every turn). On your way over, make sure to pop in the boutiques and shops on Valencia Street.

Photo Tip: Head to the corner of 20th and Church St. for that iconic view of the city. Go down to the tennis courts to snap some clean editorial shots.

Back in the Mission you’ll find a snap-worthy home decor shop known as The Human Condition. Everything in the store will be begging for your attention, but the real hero is the wallpaper that you can see from just about every window in the store. 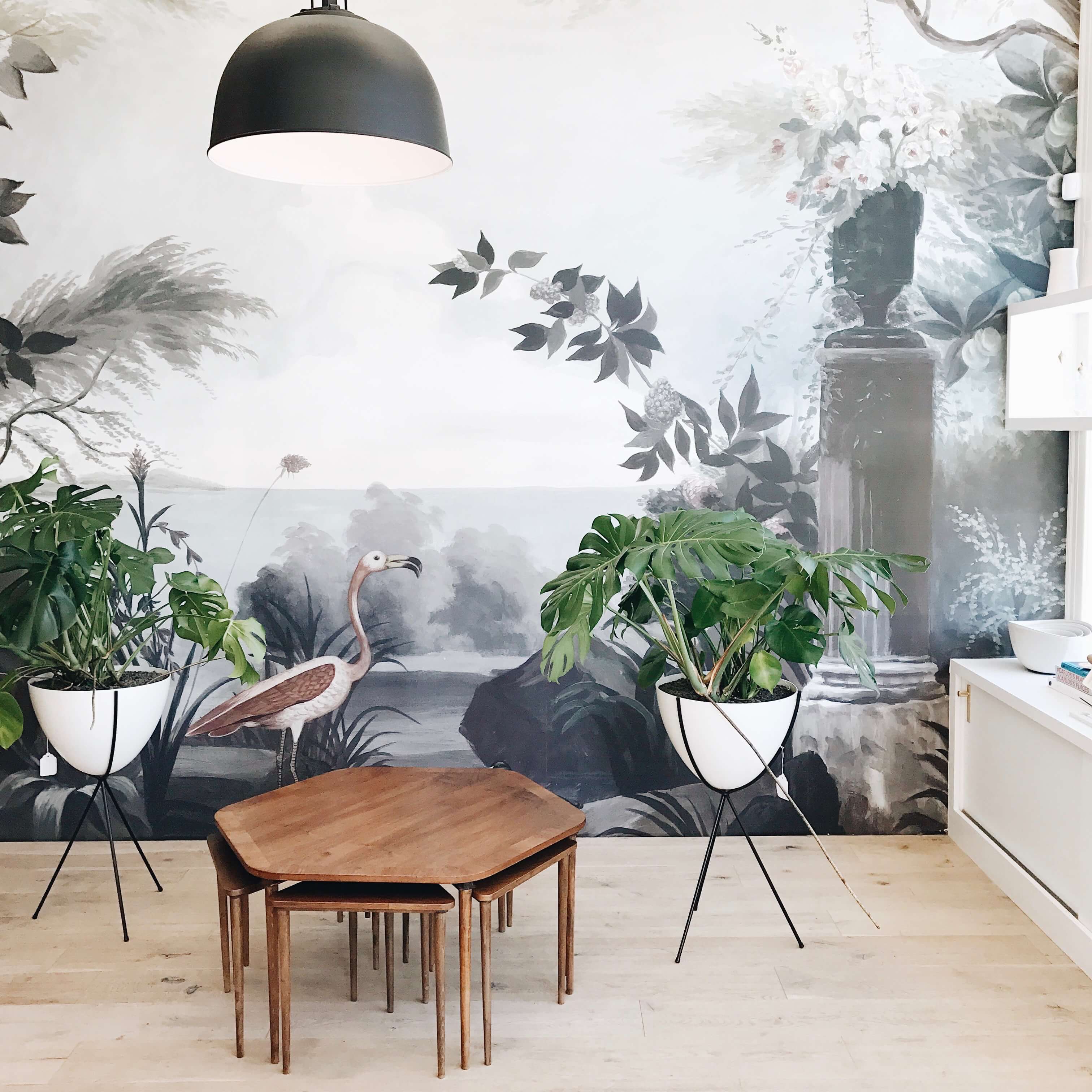 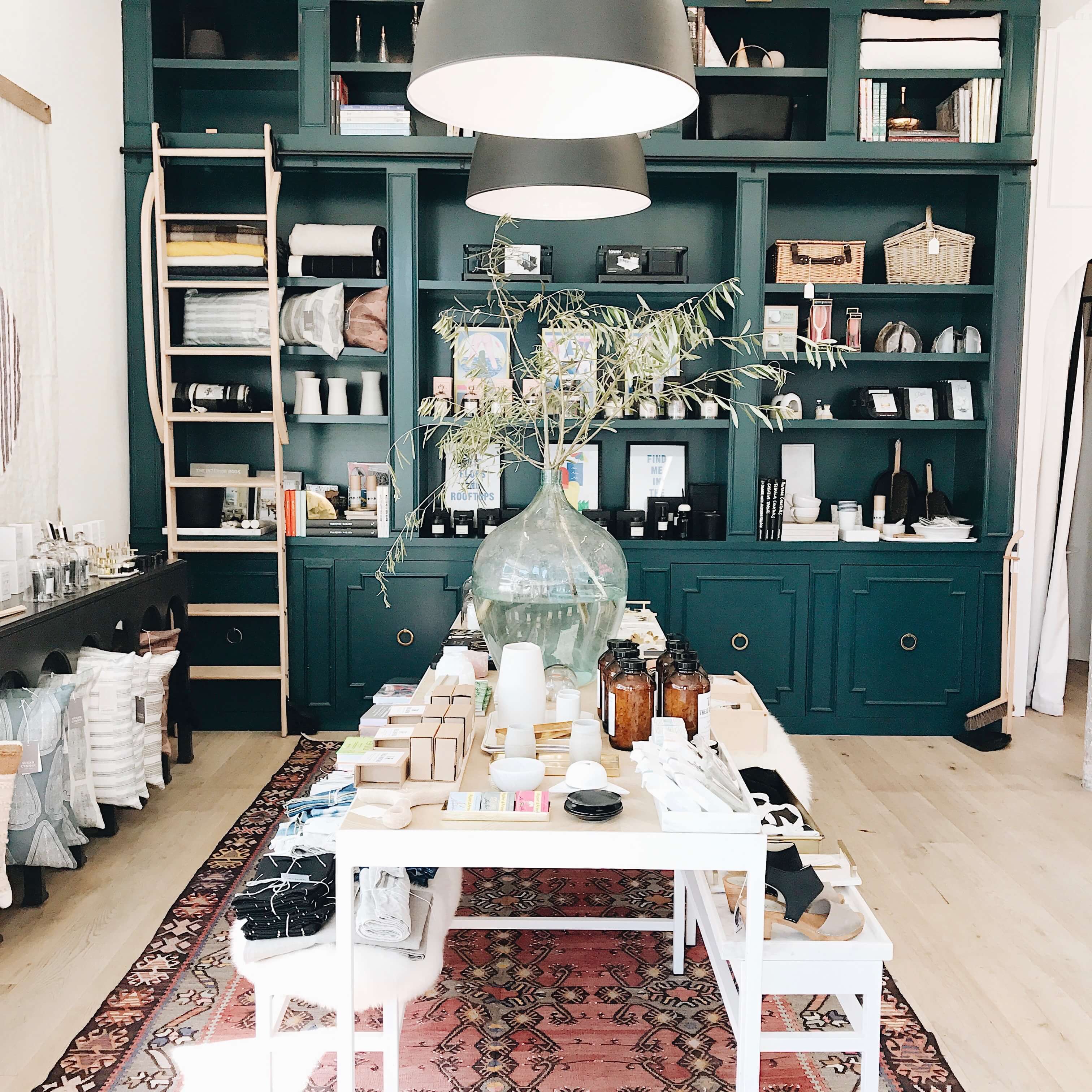 Photo Tip: Photo Tip: Right when you walk in is the best view of their iconic wallpaper. Stand close to the door and frame the shot to get as much of the shop as possible.

Some of the most beautiful Victorian homes are along Haight Street in Lower and Upper Haight. Once you’re there, head on over to Alamo Square Park to see the iconic houses in the intro of Full House. Snap a few photos of these beauties, and make your way over to The Mill for a midday coffee. 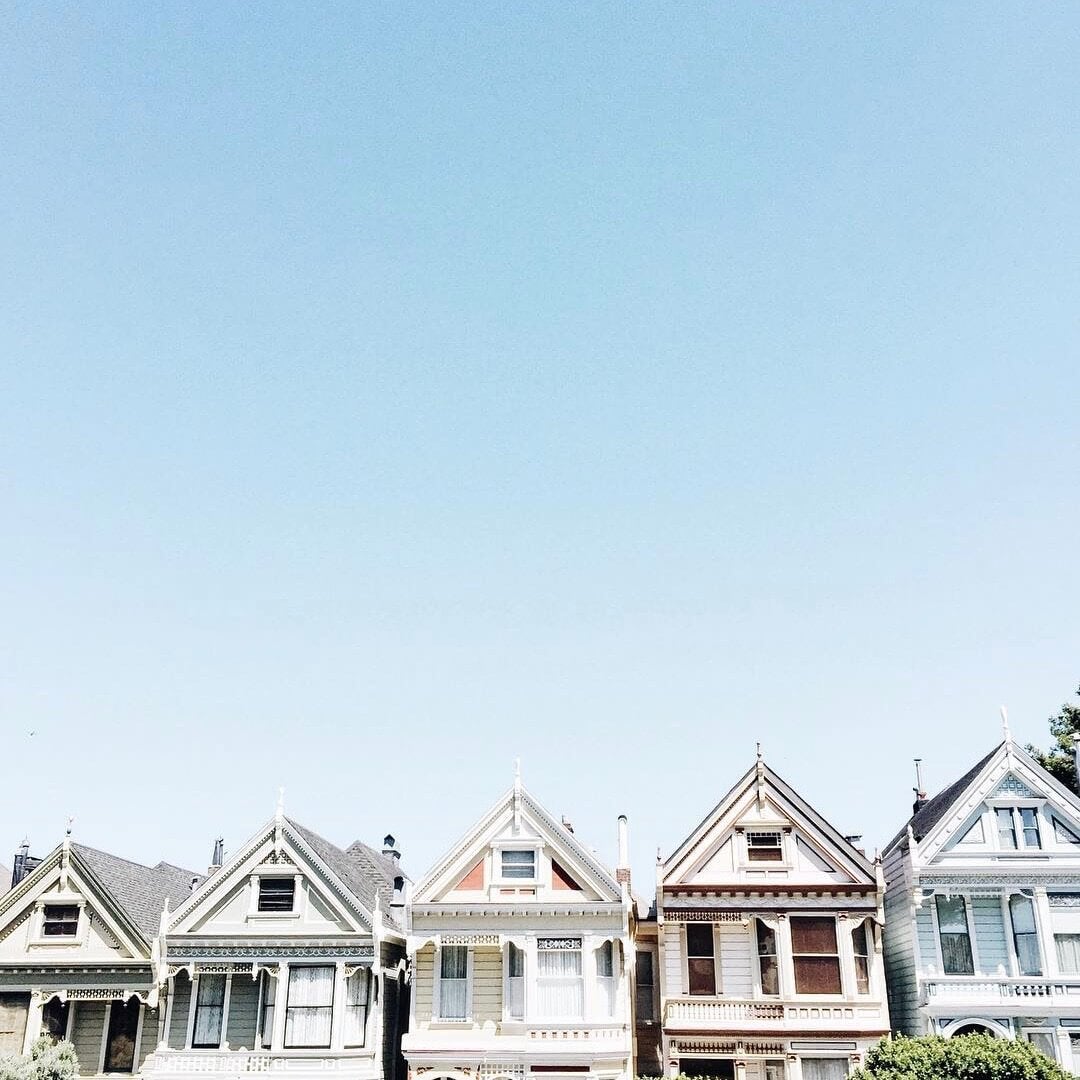 Photo Tip: Find two to three homes that show a color palette that you love and snap away! I love white and orange, so the houses above were meant for me. There are many ways to shoot something as seemingly simple as a house: have fun with it (catch the reflection of the windows, crop so that you can only see the tips of the houses, etc.).

You’ll definitely be hungry by this point, and the good news is that one of the most gram-worthy shots is right around the corner. Media Noche is your one-stop-shop for all things Cuban food (it’s some of the tastiest around.) Pop in and order the sandwich and ceviche — you’ll be grateful you did. 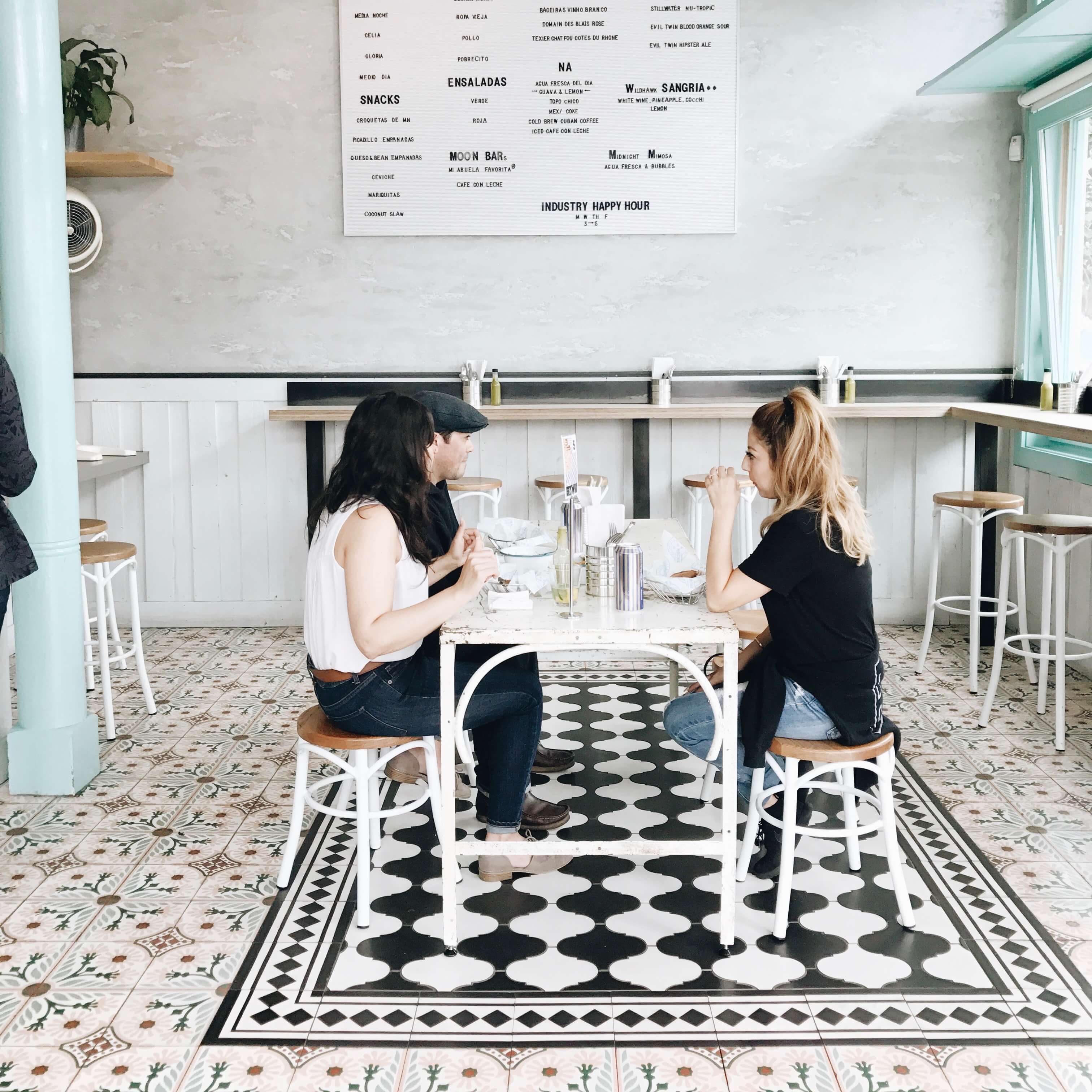 Photo Tip: Look down! The pattern and color of the tile is incredible, and it’s the best example of intentional detail everywhere. (Even the wallpaper in the bathroom is gorgeous).

One of the things I love the most about San Francisco is the accessibility to the outdoors just minutes from the city. Make your way over to the Northwest corner, and here you’ll find Lands End and Sutro Baths. The baths used to be the world’s largest indoor swimming pool establishment, but it’s now in ruins (and frames the ocean in the most magical way). Once you’ve spent some time at the baths, hike down to the labyrinth at Lands End. 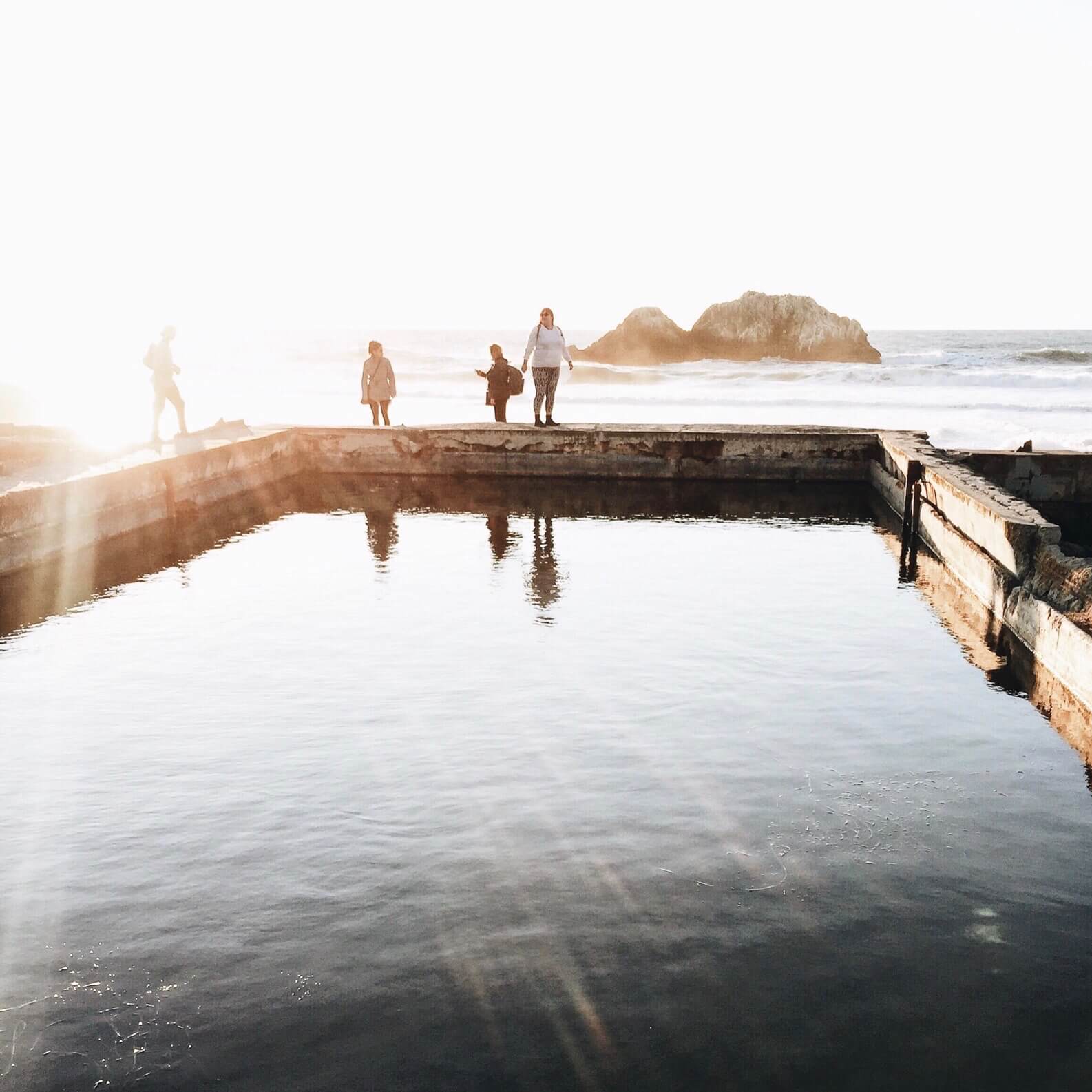 Photo Tip: Head down to the bottom of Sutro Baths to get the reflection of people in the water walking along the ruins.

By now, you’ve worked up an appetite, and one of my favorite dinner spots is the Mediterranean establishment known as Souvla. They have a few shops in the city, but I’d suggest going to the original location in Hayes Valley, as you’ll be steps from Smitten Ice Cream, The Reliquary, and the original Blue Bottle.

Photo Tip: The interiors are white which make for easy shots, but you’ll most likely just want to take a snap your delicious Gyro!

My favorite place to watch the sunset, hands down, is Mount Tamalpais (aka Mt. Tam). It’s a 15-minute drive from the city across the Golden Gate Bridge, and it sits above the clouds to give you a prisitne view of everything below.

Photo Tip: Just about any spot in Mt. Tam will be stunning, but make your way up the windy road shown here to snap a picture of the city in its golden light. 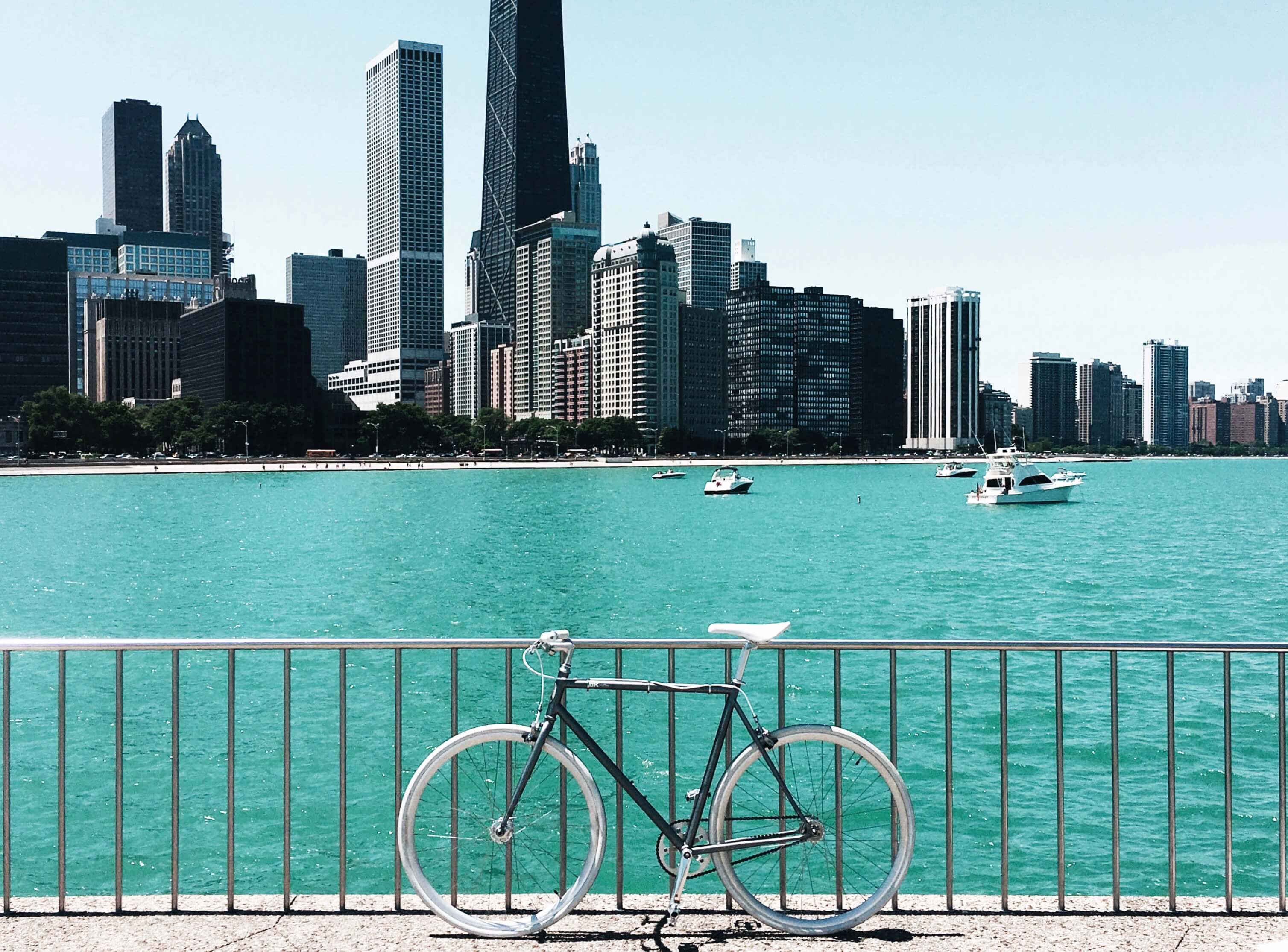