The store will not work correctly in the case when cookies are disabled.

Photographing People: Getting the Shot

Words and photos by Jonathan Canlas

Close your eyes. Imagine all the photos that mean the most to you. There is a good chance they have people in them. We all know that photographing people can be hard, whether it's for your holiday cards or your personal portfolio. That's why we recruited our friend and seasoned photographer, Jon Canlas, to give us a peek into his process and all the stories that come along with portrait photography.

Keep it clean, keep it simple 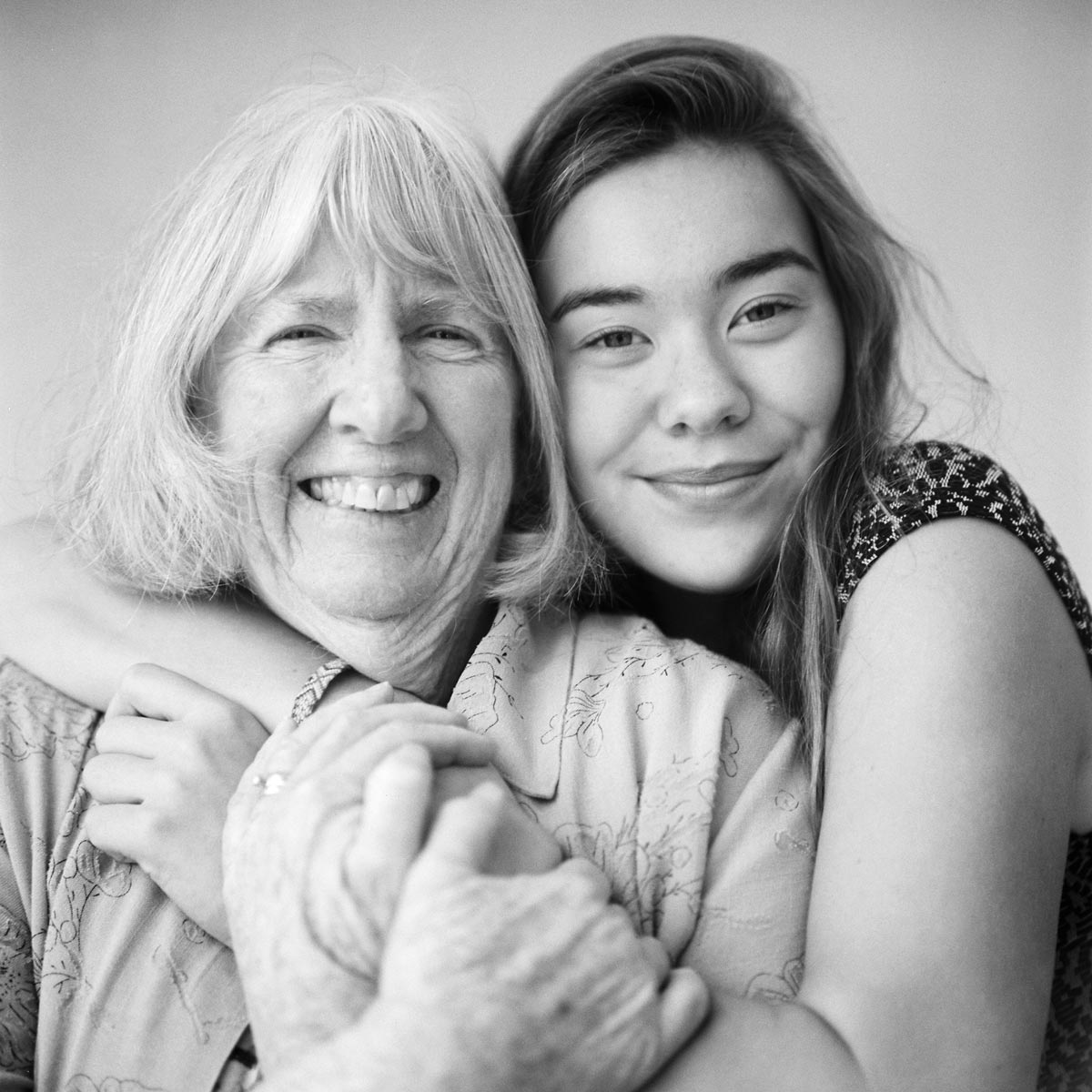 When I'm photographing people, I really strive to keep my backgrounds clean. And nothing is cleaner than a white wall. This was taken during the session I was doing for my friend Catherine Abegg while we were catching the boat over from Seattle to Bremerton. The boat had these great white walls near the rear and front so I utilized those along with the benches so I could be on the same height as my subjects. I had my Rolleiflex 2.8F and Rolleinar I (a close up filter) in hand. For these types of shots, I try and use wider apertures so I can isolate exactly what I want in focus. The white wall is a blank slate that eliminates all distraction and keeps the focus on your subject (the last thing I would ever want in a portrait is something coming out of someone's head). Another tip here - I instructed Madeline to hug her grandmother. If someone is going to show affection in a photo, it MUST be reciprocated or it looks one-sided regardless of their relationship in real life. So I told her grandmother to reach up and hold on to Madeline's arms and for the two to touch heads. This minimal direction I gave a true depiction of their relationship.

Make room for the unlikely shot 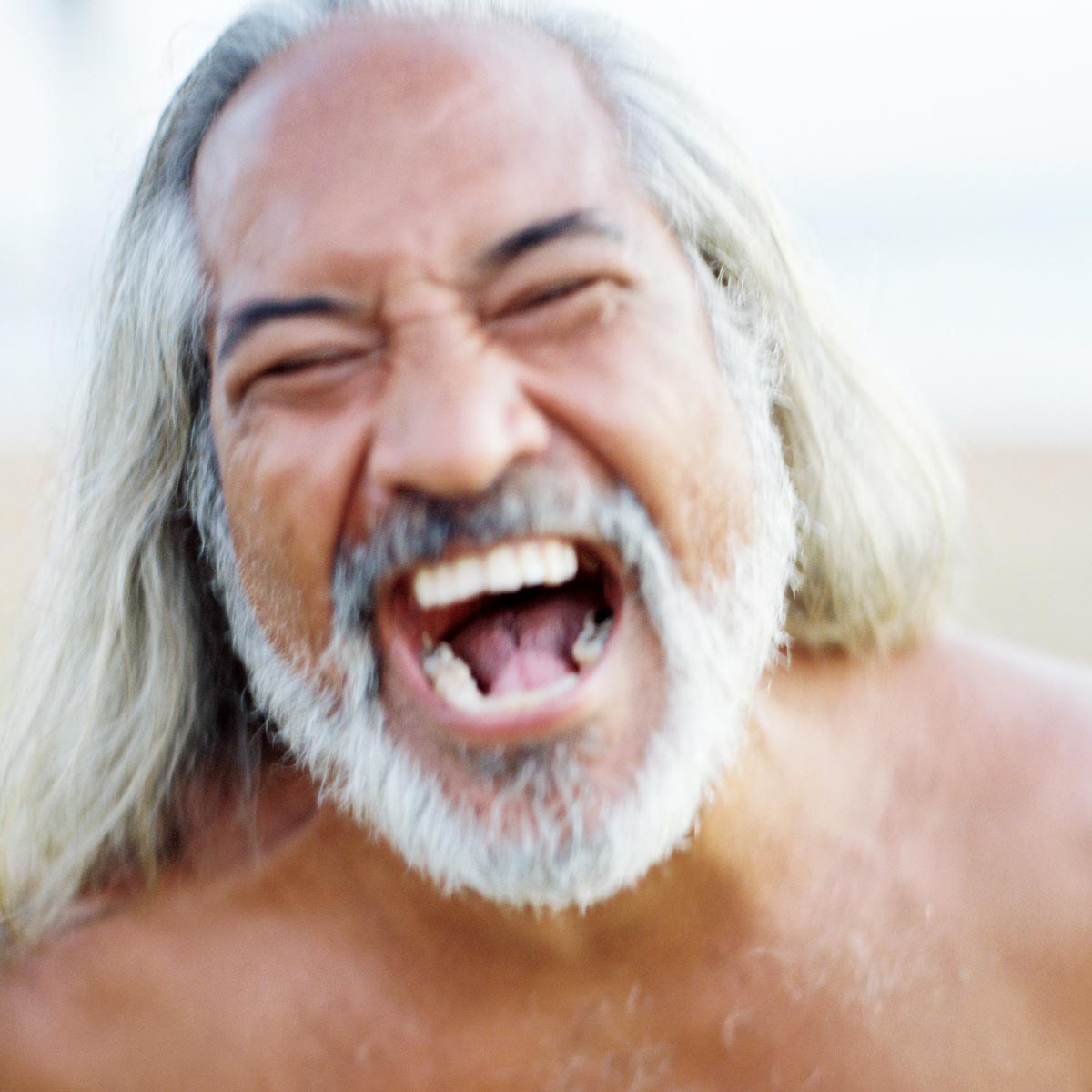 This photo was taken just after a commercial shoot on the island of Kauai. We had just wrapped shooting at golden hour, so I started walking along the beach where some locals were hanging out. This guy came right up to me and asked what we were doing. He grabbed me by the head and put his forehead to mine and breathed in deeply. This is actually how Hawaiians greet one another – by sharing one's HA , or breathe of life. He then asked me if I knew what he just did. I told him yes, and even though I got the answer right, he then began to explain the word Haole (a term used to describe tourists, foreigners, outsiders). He started laughing and I quickly snapped a series of photos even though I was "off the clock for the day". This photo went perfectly with the campaign I was shooting to portray island life. So in the end, listening to him laugh at the idea of me being a 'Haole' was well worth it. 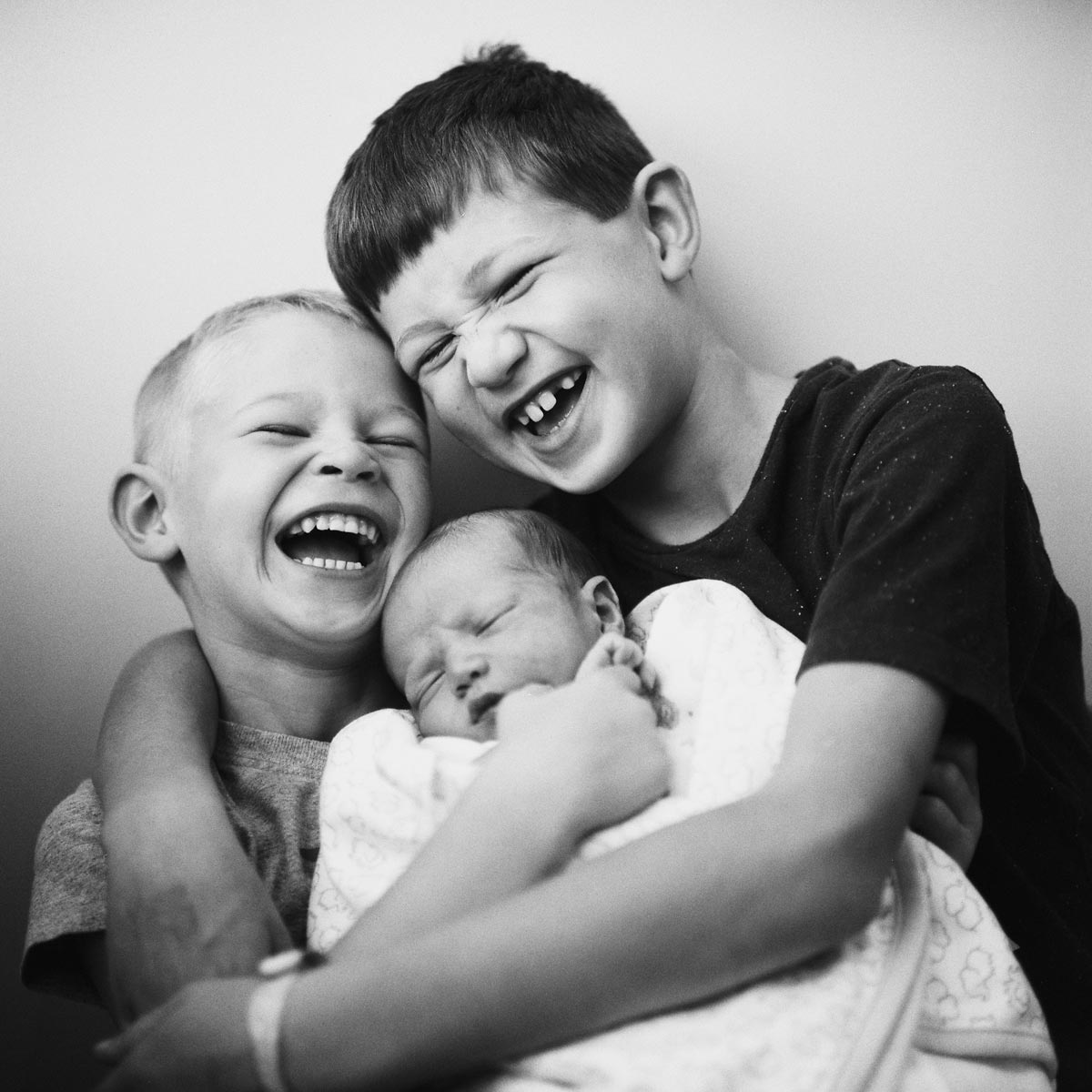 Capturing the genuine expression of your subject can be hard. Most people tend to freeze up in front of a camera. It's important we learn how to utilize our personalities to draw out the desired reaction and break down the natural barriers that form between the photographer and their subject. In actuality, a lot of my photos portray a different emotion than the one present in the actual moment.

Take this shot above of the two boys with their newborn brother. Considering the boy on the right usually sleeps in until 10am during the summers - he was not having this 8am session. Moments before this he was crying and didn't want anything to do with the photo. I had about 20 minutes to make this happen and I wasn't going to take photos of him crying, so I took control of the situation. You might be wondering how I was able to get them both to smile - what do 8 year old and 5 year old boys love? Poop jokes. I'm so not kidding. I knew boys his age laugh at stinky poop jokes, so I asked, "Hey Nigel, have you been eating poop chips?". Then his little brother started to laugh, and I then reminded him that if he laughs too hard he'll pee his pants, which only ensued more laughing. Now poop jokes are definitely not my go-to, but man, did it work like a charm here.

The right tools for the job 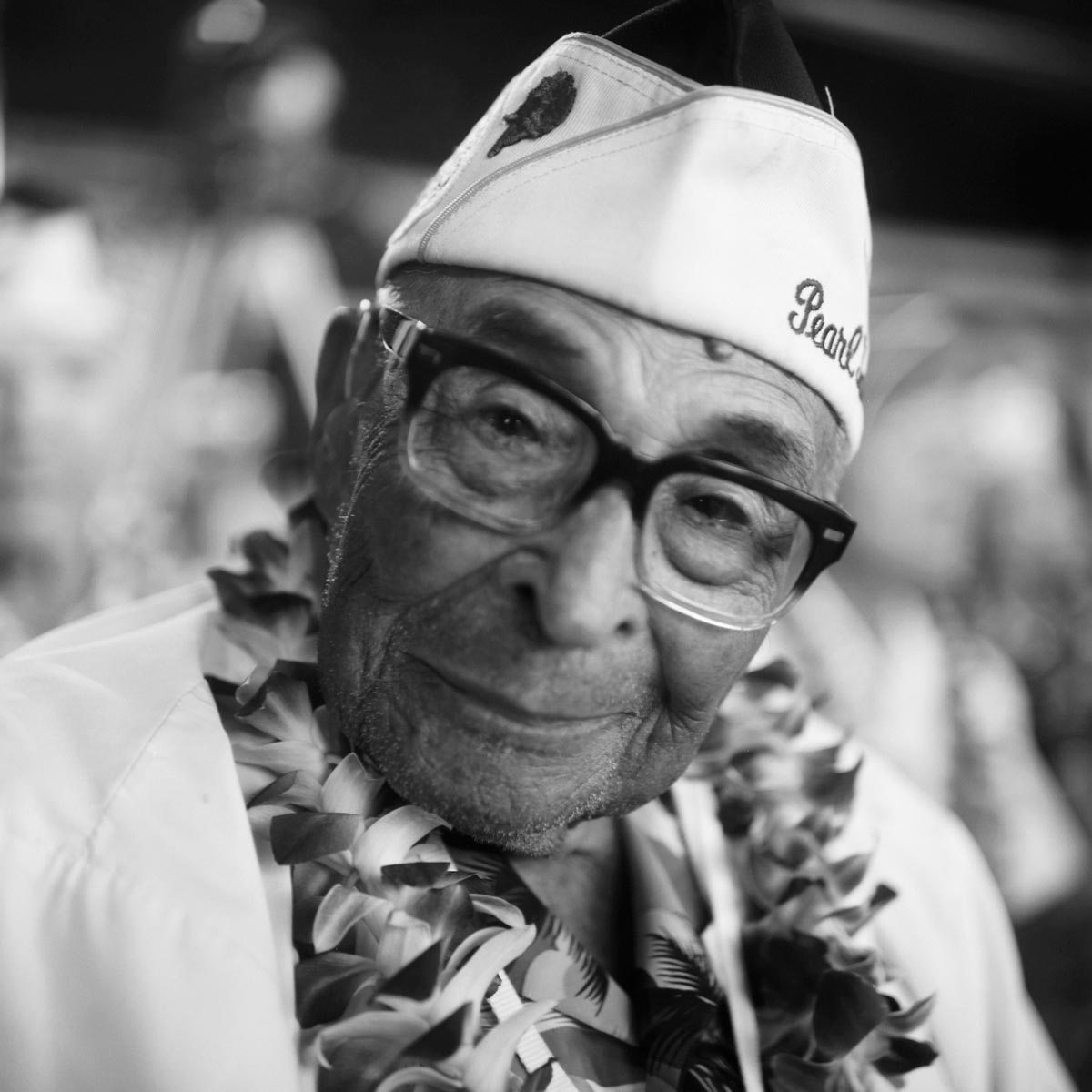 Every December 7th, for the last four years, I head over to Pearl Harbor for the ceremony commemorating the attack on Pearl Harbor. Many living survivors from all over the US are flown out with the Greatest Generation project. My camera of choice for this event each time is my Rolleiflex 2.8F, which is a twin lens reflex camera from 1964. I feel this camera grants me access that I could not get with a camera that was modern or one that I hold to my face. This is a camera I look down into - so, in current day, it is very inconspicuous as most people don't even know I'm taking a photo. And this camera gains instant respect with these veterans, as most of them all shot on them back in the day. Also, looking down into the camera allows me to have a lower vantage point which is PERFECT as most of the survivors are not mobile and sitting. I prefer shooting B&W as it really helps isolate the subject without any distractions of color which are everywhere with military uniforms. This is a portrait of Ray Chavez, a San Diego resident, who is the oldest living survivor of the attack on Pearl harbor. He is currently 104 years old. I came around and shook his hand and asked if I could take his portrait. He winked at me and said he liked my belly button camera. The smile and wink he gave me was the hint to nostalgia as if was remembering something that he would not remember had it been a different camera. Sometimes, the choice of camera, in this case, a rather vintage one, really can make the portrait.

Don't leave home without it 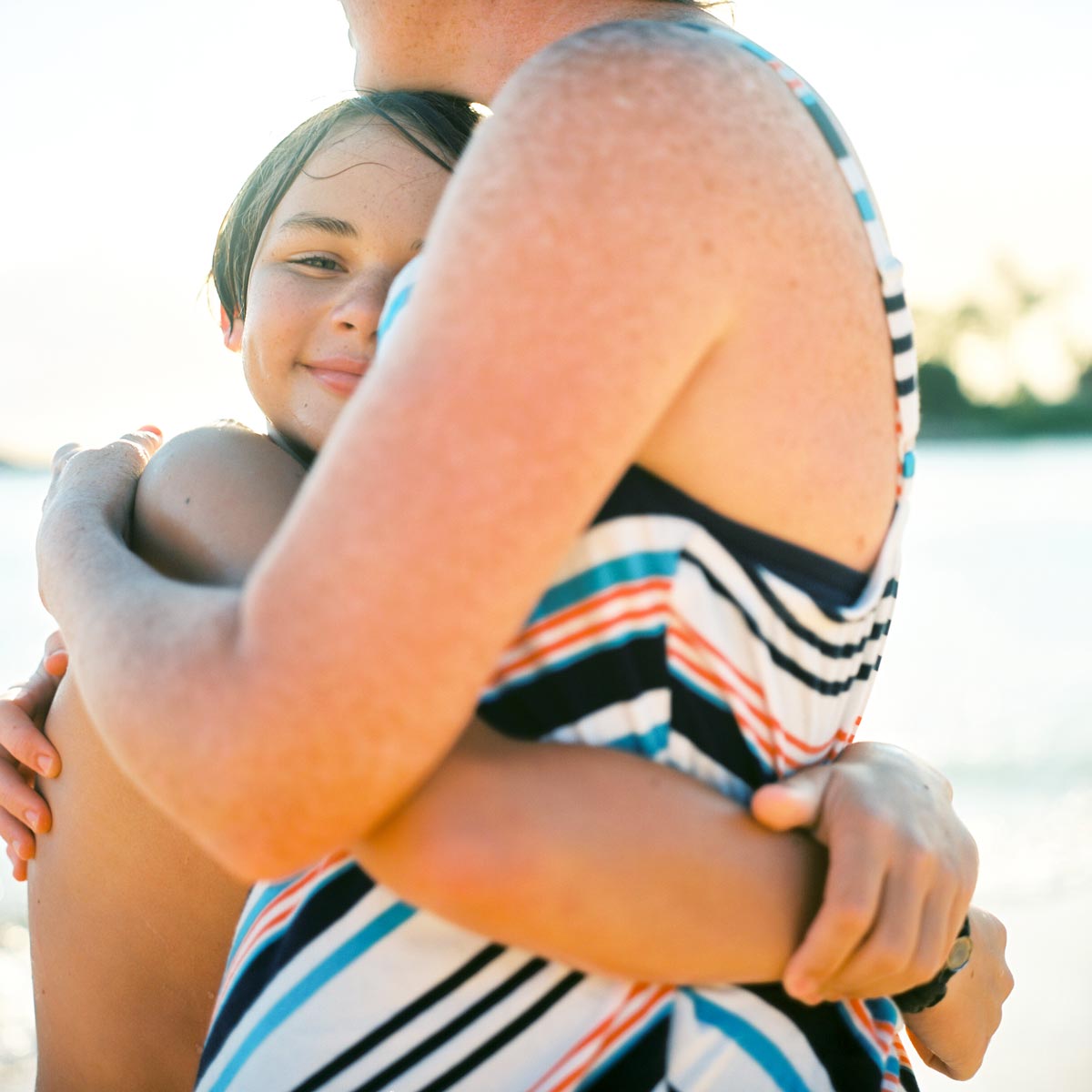 I constantly have a camera with me regardless of where we go as a family. I bring them to the beach even though the possibility of sand getting into my camera stresses me out. But the idea of missing a moment, one like this, is too much to leave the camera at home. We were at Ko'Olina actually hanging out with Artifact Uprising founders, Jenna & Matt Walker, while they were out here on vacation. My wife was talking to Jenna and my son Isaac came up to her and spontaneously hugged my wife. Again, because I was using the Rolleiflex 2.8F camera, I was looking down and pointing the camera in his general direction. It was really a lucky moment and the whole reason behind why I always bring a camera with me wherever we go. My kids may complain now about all the "lame" photos dad wants to take, but I feel they'll come around once they get older, or after they've left the house and I present them with an album of photos with shots like this. 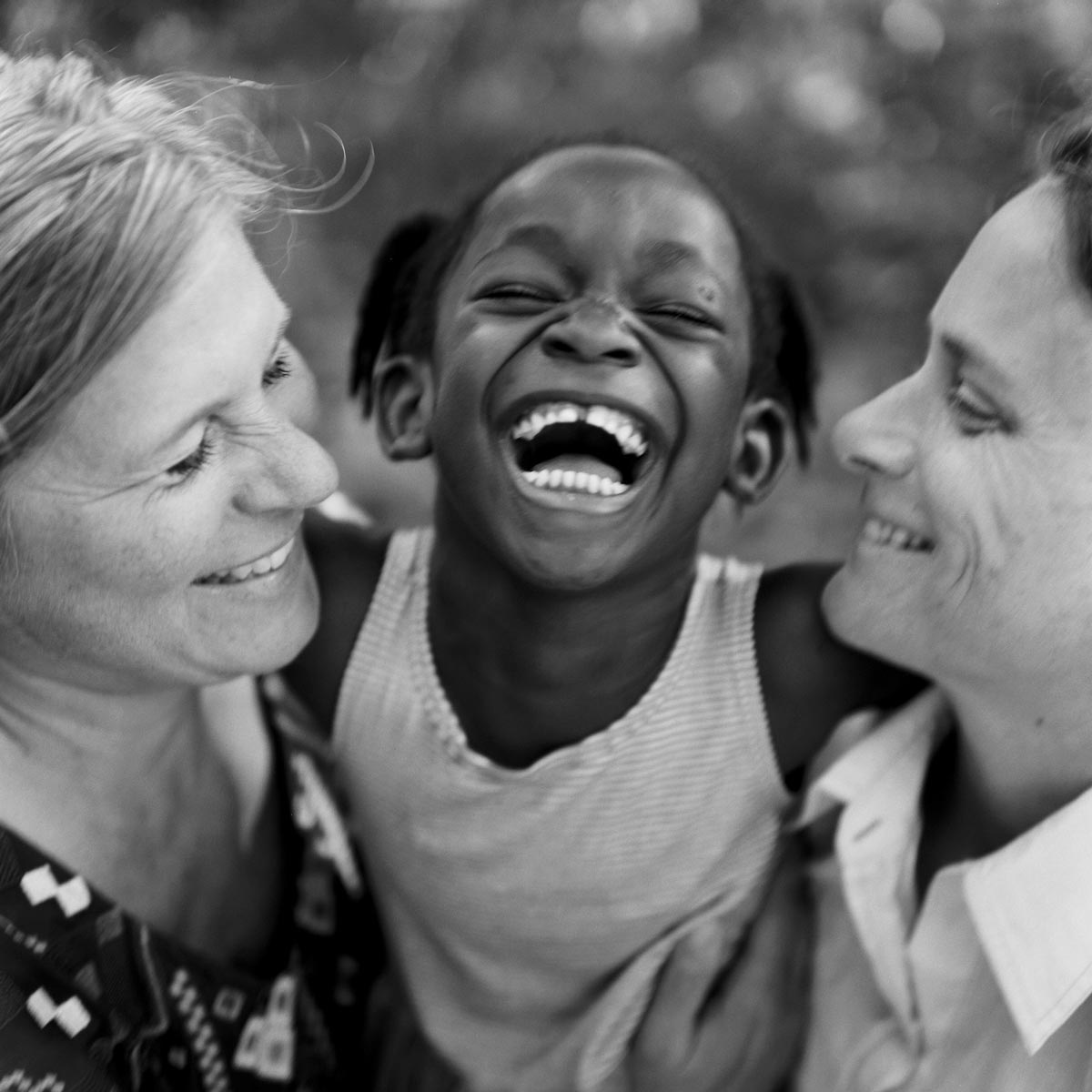 Now this might seem like a candid capture, but it was very much calculated. I told these two moms to squat down so they were at the same level as their daughter, and and to look towards her. When people are that close and look at each other, they naturally want to pull their heads back (which doesn't look great on camera). Because of this, I always tell my subjects to put their heads abnormally close to the person they're looking at. While they're this close, you can bet someone will make a joke where at least one of them (if not all of them) will laugh.

Photography is a skill, not a talent. 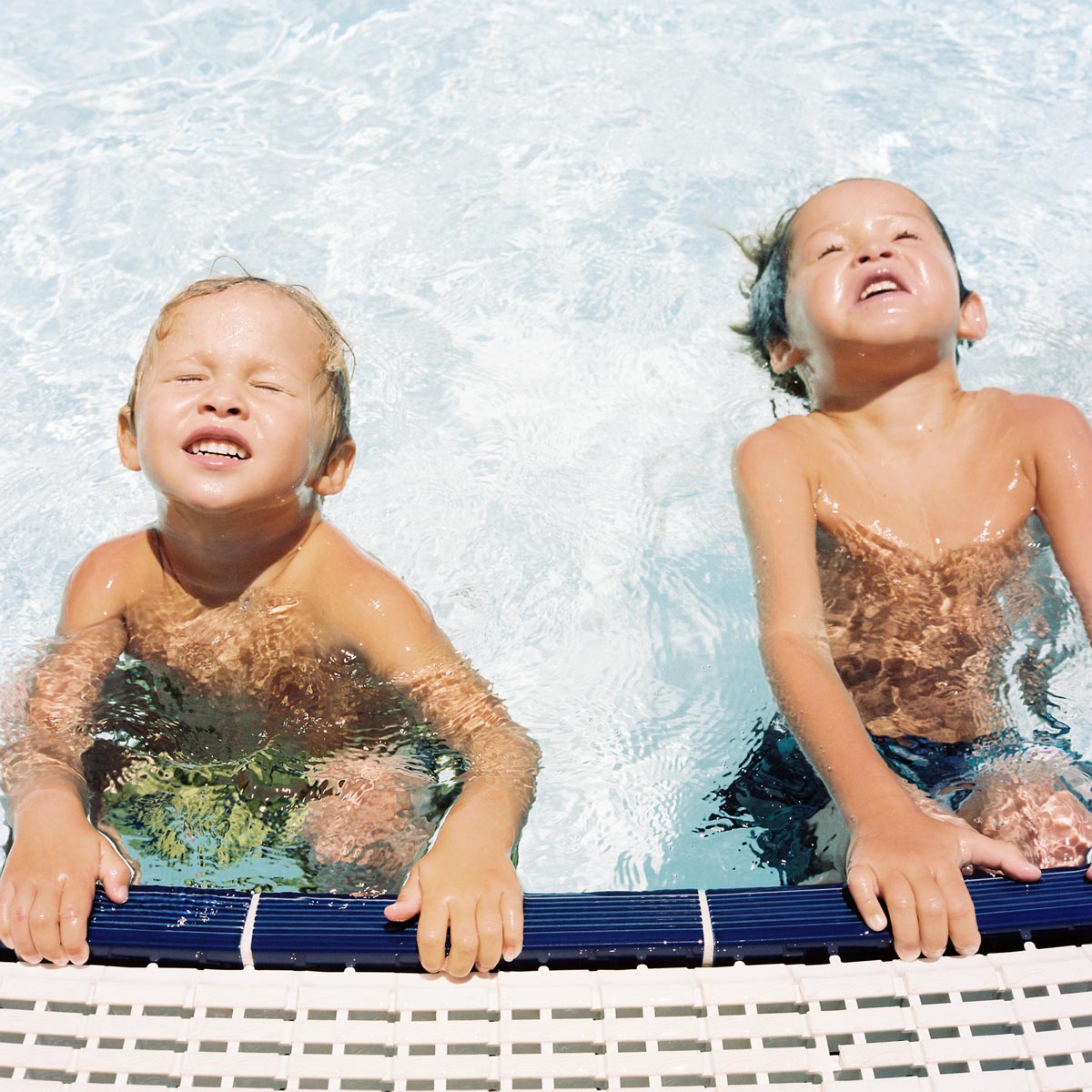 I'm always practicing my skill. And yes, photography to me is a skill. It is not a talent. Anyone can take a photo. Anyone. However, not everyone can take a good photo. It takes skill, hard work, and a lot of practice. This is one reason why I'm always taking a camera with me. If I can pull off this kind of image with my own kids, then I surely can apply what I'm doing to a paid gig. We were at a pool and the boys were pretending they knew how to swim. Mind you, this part of the pool is like 24 inches deep and they were kicking off the side swimming backwards after seeing some kind of swim competition on TV. This shot was actually rather tricky because the Rolleiflex is a camera you look down into. And I can't get this vantage point by looking down. So, imagine, instead of holding it normally looking down, I was holding the camera up in the air above my head looking up into it, then with my back to the boys pointing it down at them as I bent backwards to angle it to them. How I got this shot is beyond me. BUT the moral of the story is, if you don't practice your skill, you'll never learn your skill. It's like piano. You could take lessons for YEARS but if you don't touch the piano for a week, a month, or a year, when you sit down, you're rusty. Photography to me is a skill that anyone can learn if they just put the time into it.

Has Jon mention of film cameras peaked your interest? (Yeah, us too!) He recently brought his "Film is Not Dead Workshop" into a digital self-paced course. Head over in the next 72 hours to save over 50% on FIND in a BOX HERE. 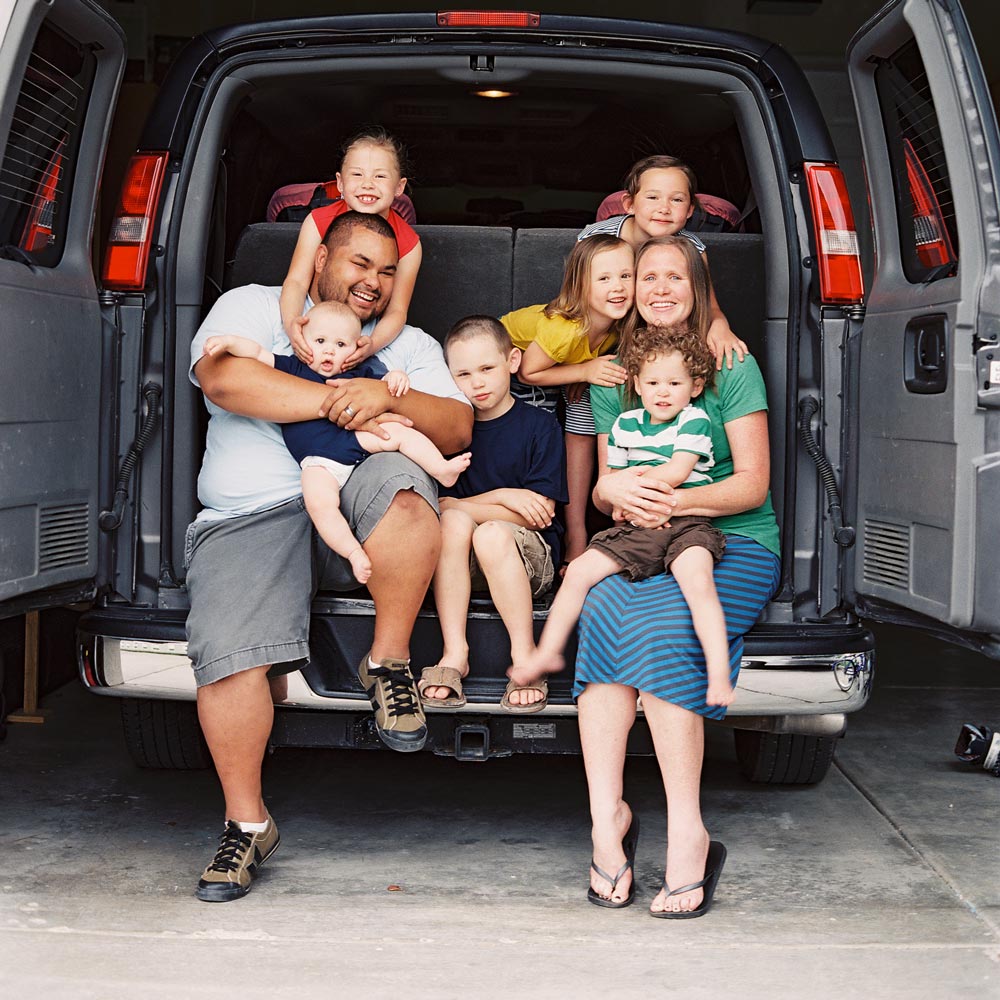 Jonathan is a family photographer (with the occassional wedding) based in Hauula HI on the North Shore of Oahu where he resides with his wife Callie, and their 6 children. He also is the founder of FILM IS NOT DEAD, a workshop he conducted for 8 years which was recently made into an online format with FIND in a BOX. 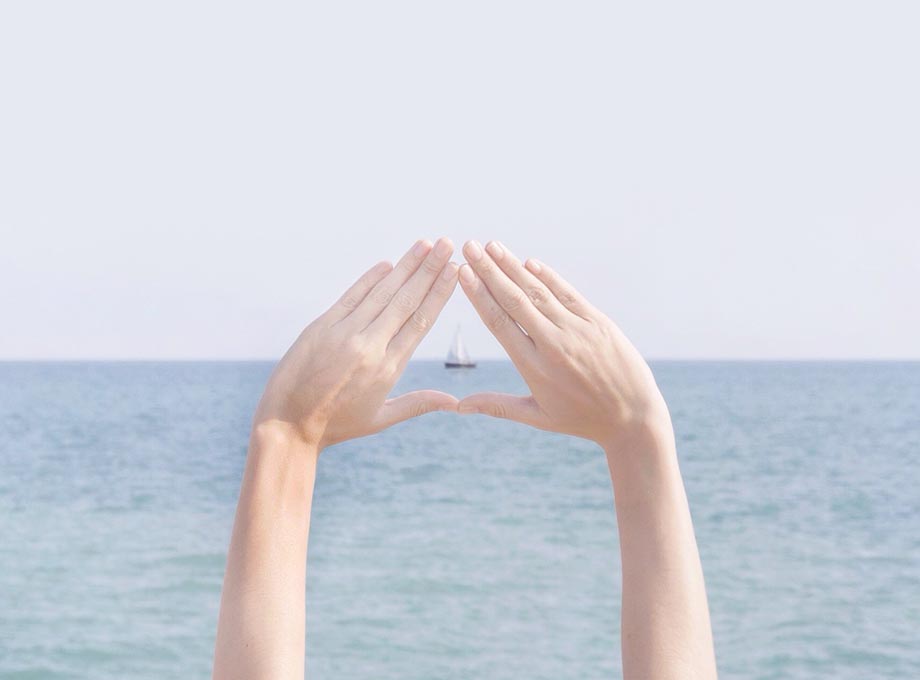 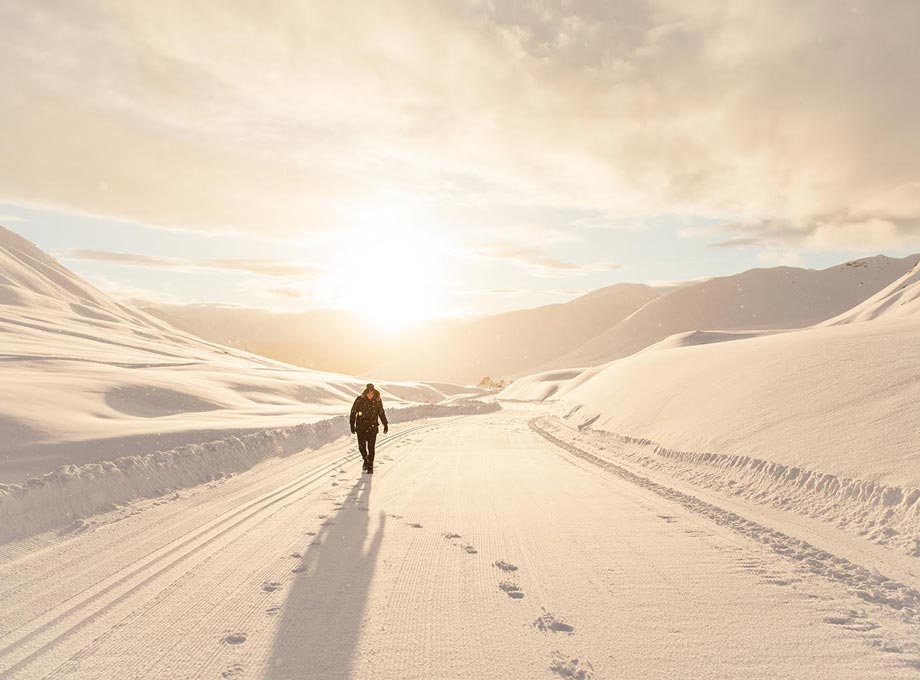 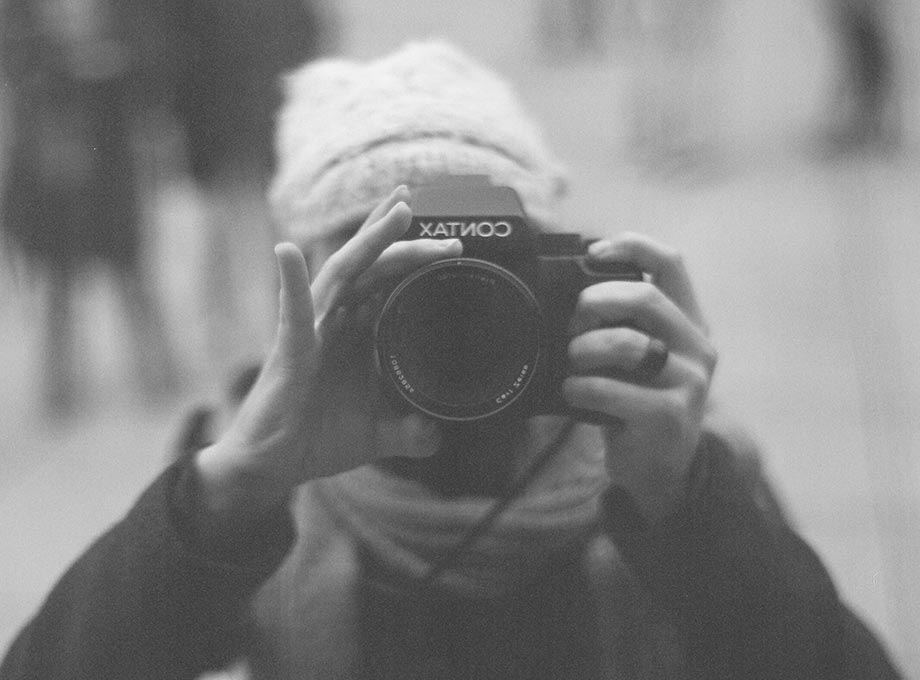