The winter his father turned 70, filmmaker and photographer Forest Woodward found a poem his father had written in 1986, the year Woodward was born. It was called "The Important Places."

Child of Mine, come
as you grow in youth
you will learn
the secret places
the cave behind the waterfall
the arms of the oak
that hold you high
the stars so near
on a desert ledge
...the important places.

And, as with age, you choose
your own way
among the many faces
of a busy world
may you always remember
the path that leads back.
...back to the important places.
Dad to Forest, 1986

Forest grew up in the mountains of western North Carolina where he and his siblings explored on foot, bike and kayak, catching crawfish and building forts; a clan tutored in the education of the outdoors. When Forest rediscovered the poem, he was living in Brooklyn, far from the woods of his youth and his father, and beginning to feel less invincible. When he found the poem, he says, it felt prophetic.

The filmmaker decided to reunite his father, Doug Woodward, with the Colorado River for a 28-day rafting trip through the Grand Canyon in order to understand the man who'd written that poem so many years ago. The result is the beautiful, 10-minute film, The Important Places" by Forest and Gnarly Bay that debuted at the 5Point Film Festival in Carbondale, CO. 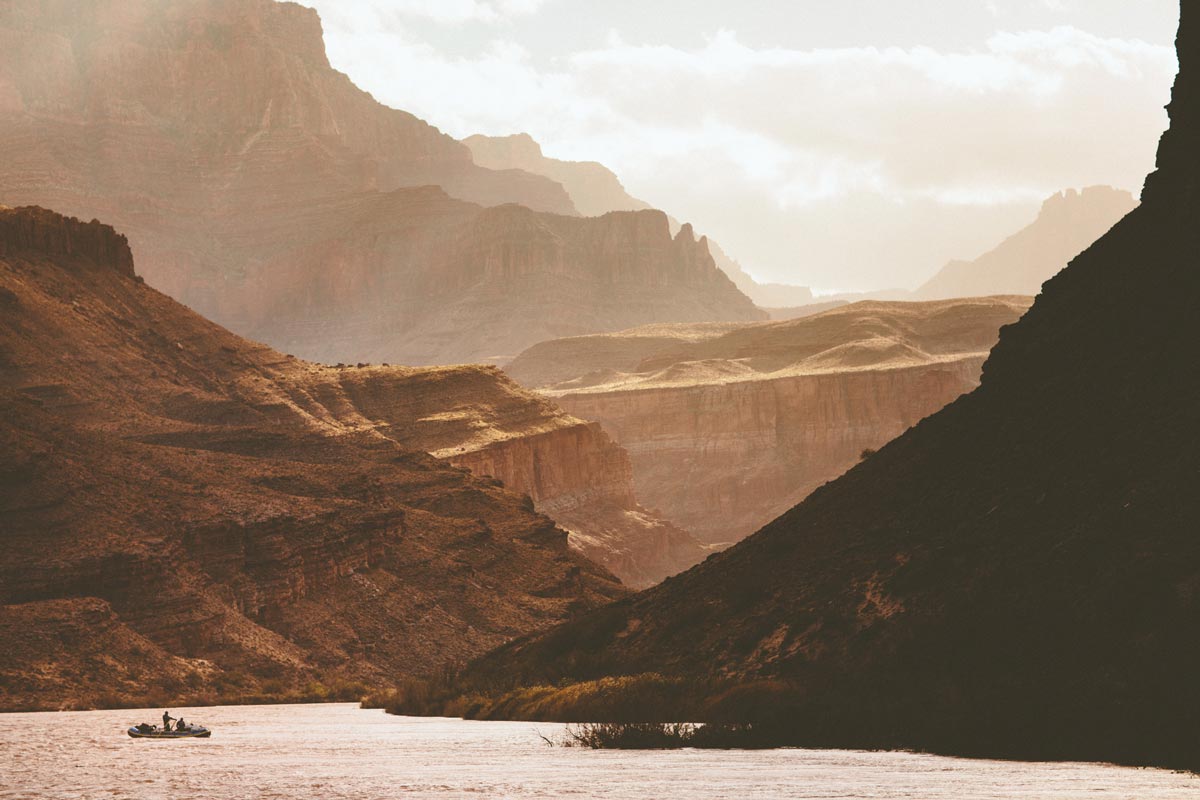 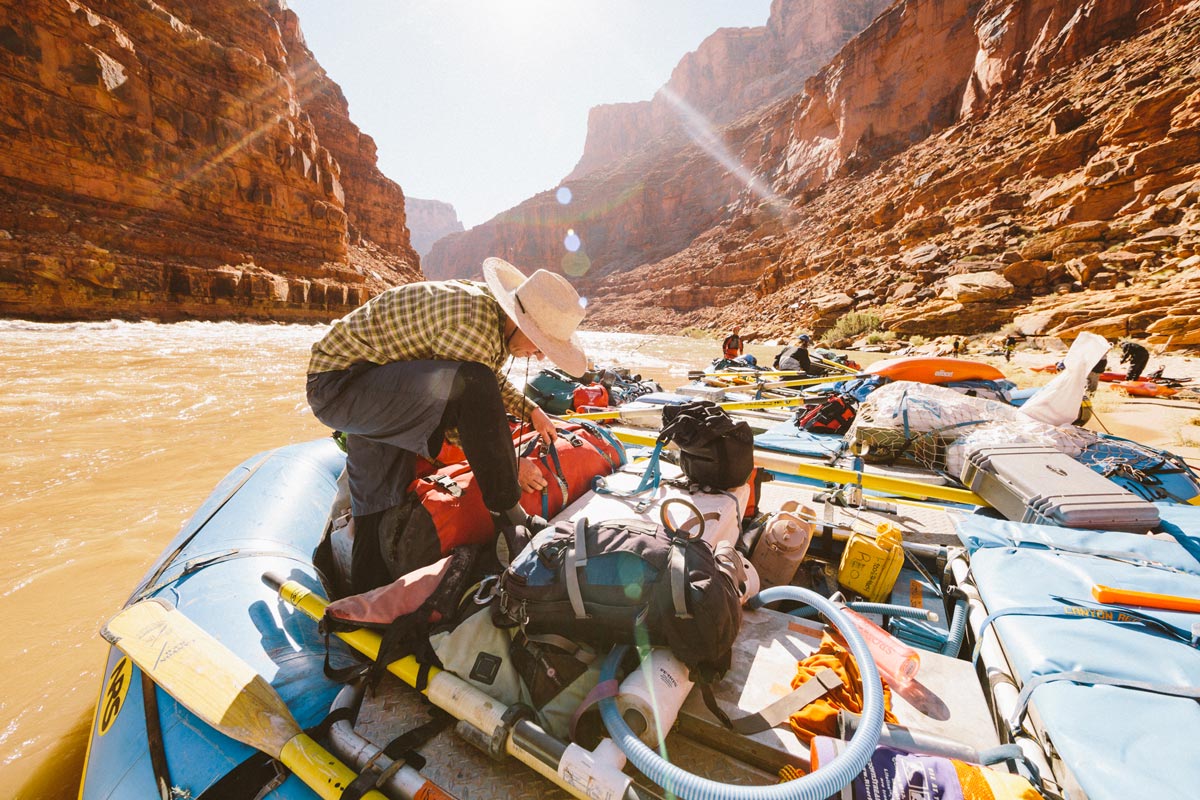 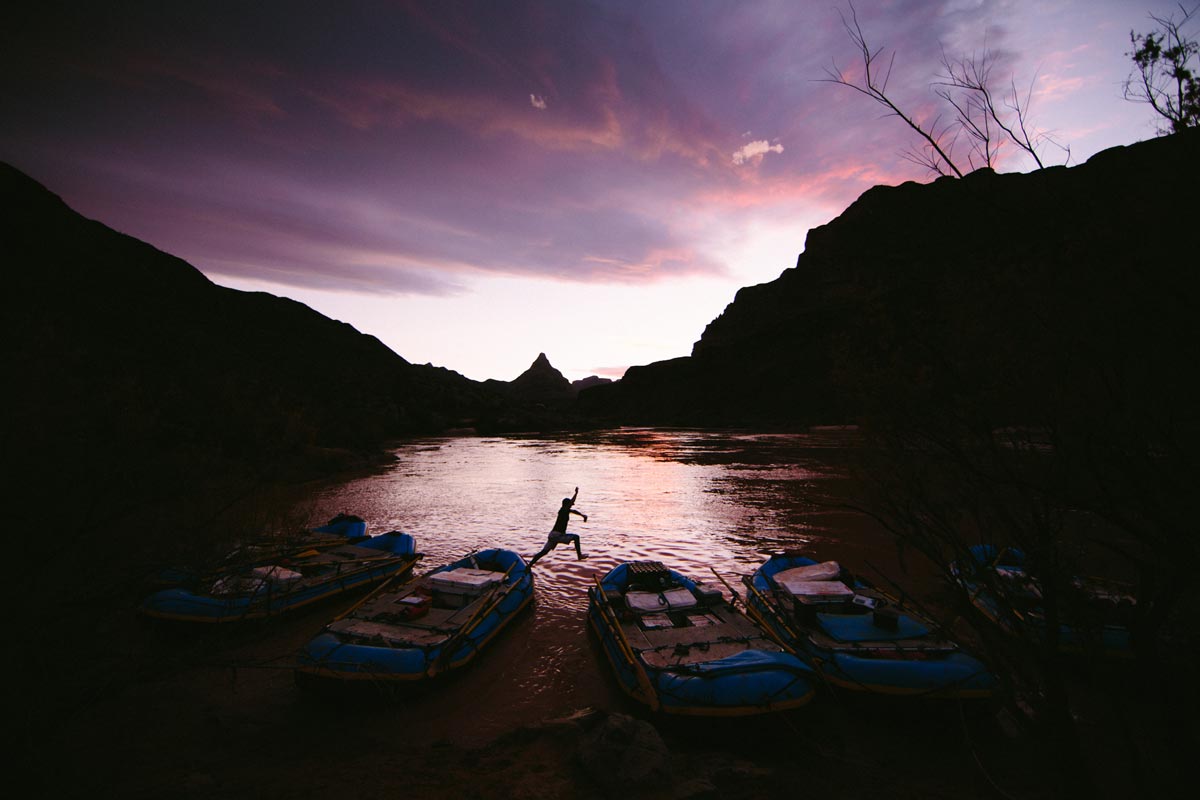 When Forest first broached the rafting trip idea with his father, he wasn't sure if the old man would be interested.

"I asked him one day when he was sitting at the computer, ‘Hey, if I can get an extra spot on this Grand Canyon trip next winter would you want to come with me?'" says Forest, now 28 years old. "I half expected him to say no, but with the utmost conviction, he simply said 'Yes.'"

As they got closer to the trip, they found out the launch would coincide with the park service releasing an extra 30,000 cubic feet per second (CFS) of water into the river, taking the Colorado from its usual winter low flow of 7,000 CFS to 37,000.

"In places where the canyon was constricted, the water rose up to 20 feet, and the whirlpools and eddy lines became massive," says Forest. "I have three brothers who are all more experienced river runners than I am, and I got to thinking that it should be one of them going instead of me. What if something happened to Dad while the rest of the family wasn't around to help? But whenever those fears rose up, Dad laughed them away. In the end, the high flow was an added bit of adventure." 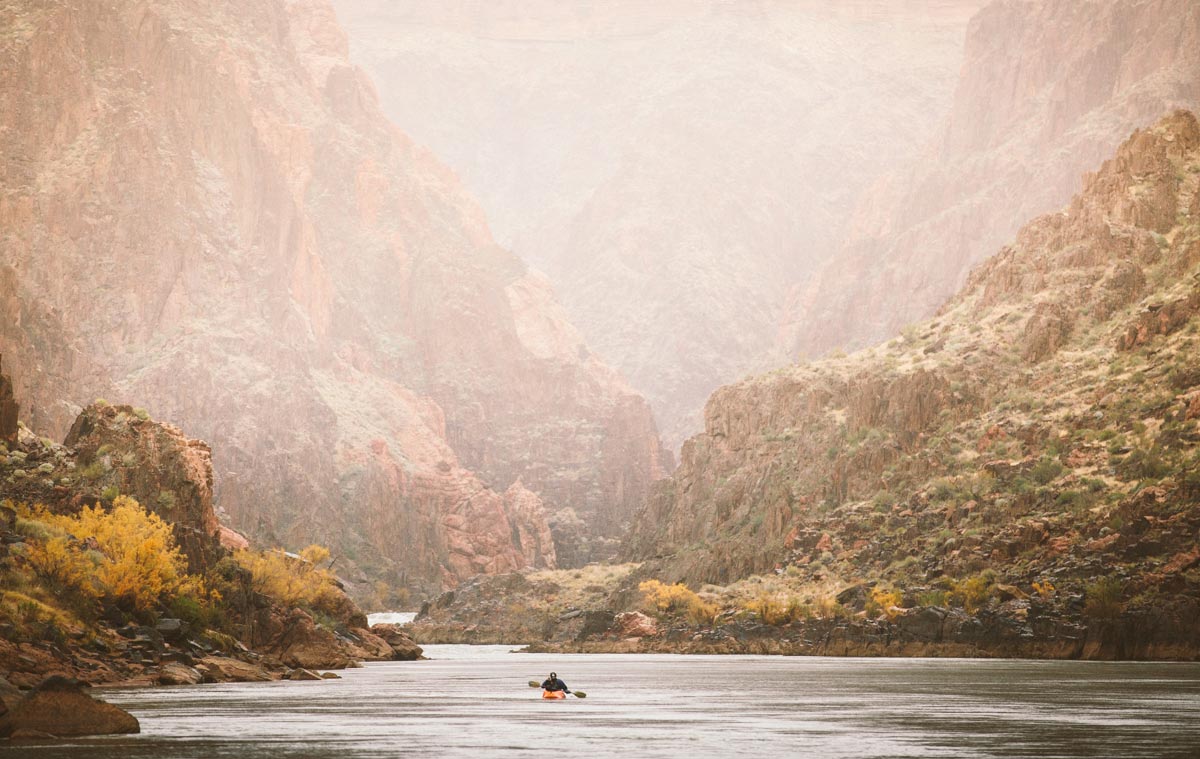 The pair set off on November 12, 2013 with 13 friends, ranging from experienced river runners to first timers. At age 27 Forest was the youngest member of the crew, and at 77, Doug was the oldest. For 28 days, father and son spent eight hours a day on a boat together, navigating those whirlpools and eddy lines. Forest learned about his father's love for the canyon, the nuances of the same trip he took in 1970, how it shaped him, and in turn, shaped how he raised his children to bond with nature's wild rivers. He also learned that his father had never had a sip of whiskey in his life—an unfortunate oversight remedied with a pull from a bottle one night at the campfire. 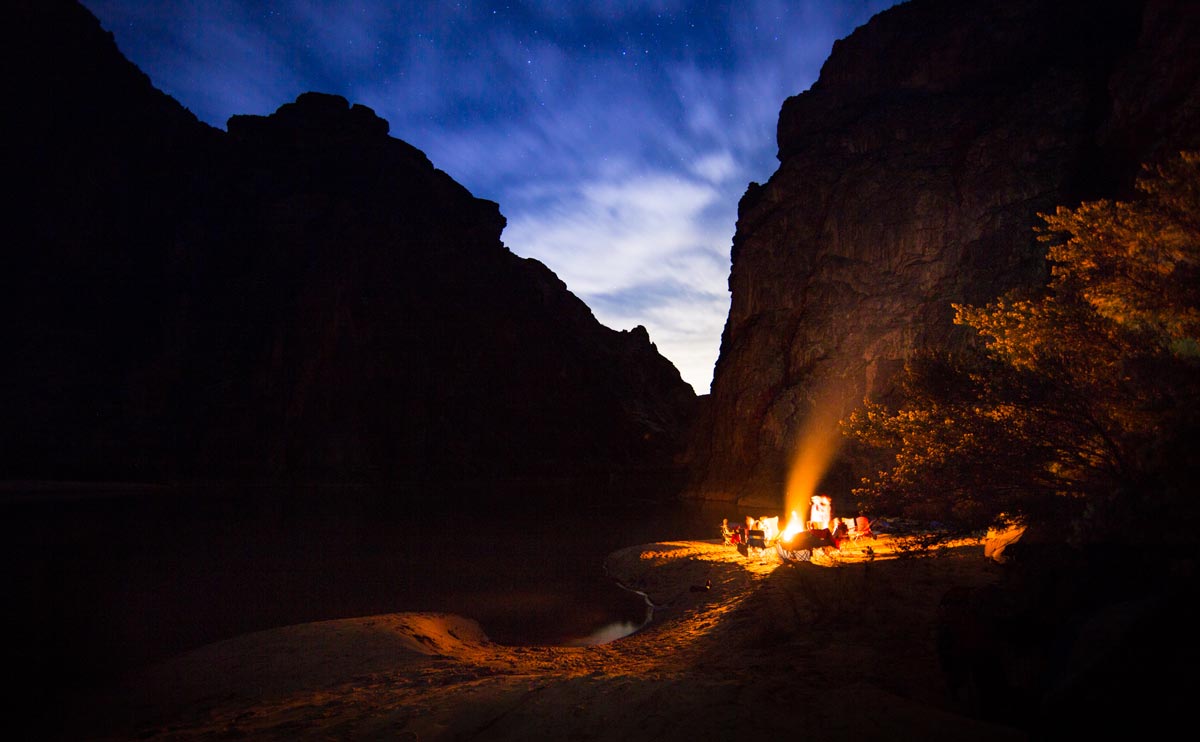 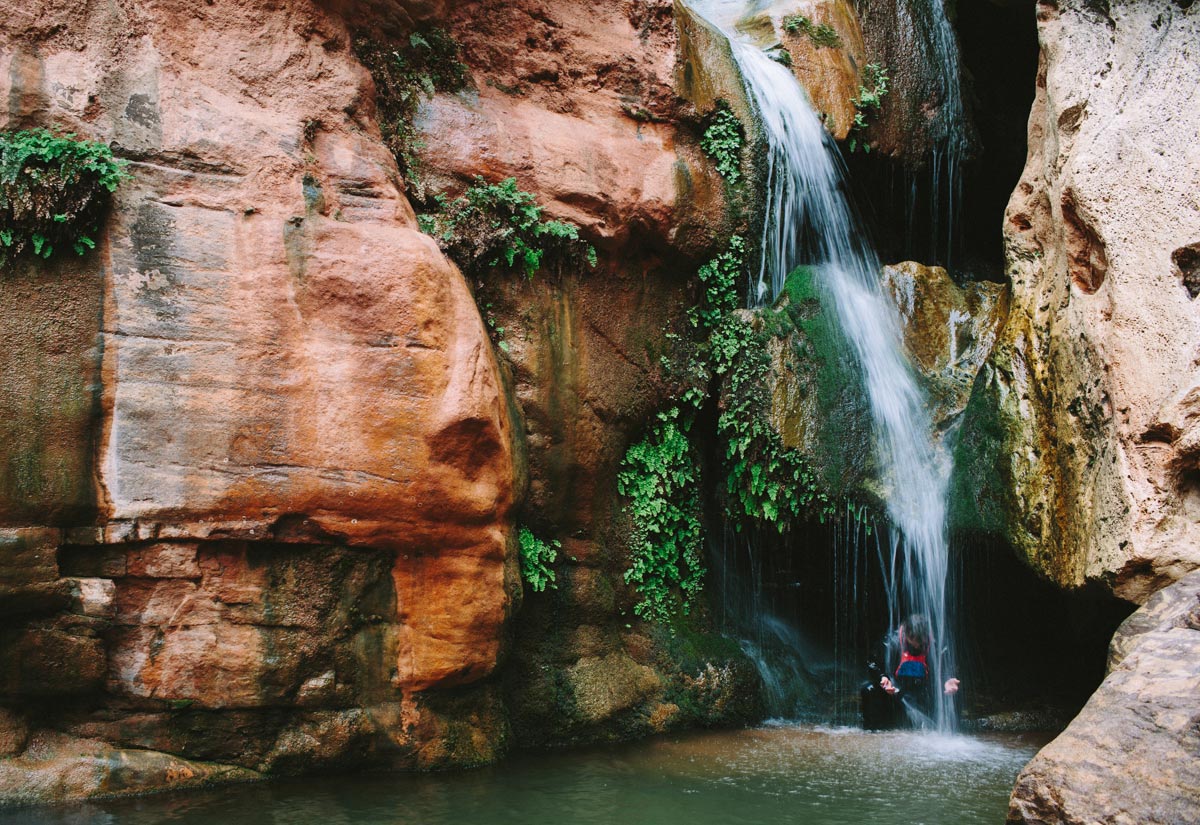 There's a moment in the film when Forest asks his father if he has any last words for the camera before he puts it away and Doug says, "Holy Moley!" and laughs, as Forest describes it, like "a maniac." It happened just before Doug rowed them through one of the biggest rapids on the river, Hermit

"Watching him do that, with so much strength and joy was a moment I will never forget," says Forest. "It was like we were both kids, laughing with giddy excitement in the eddy below the rapid. I was so proud of him." 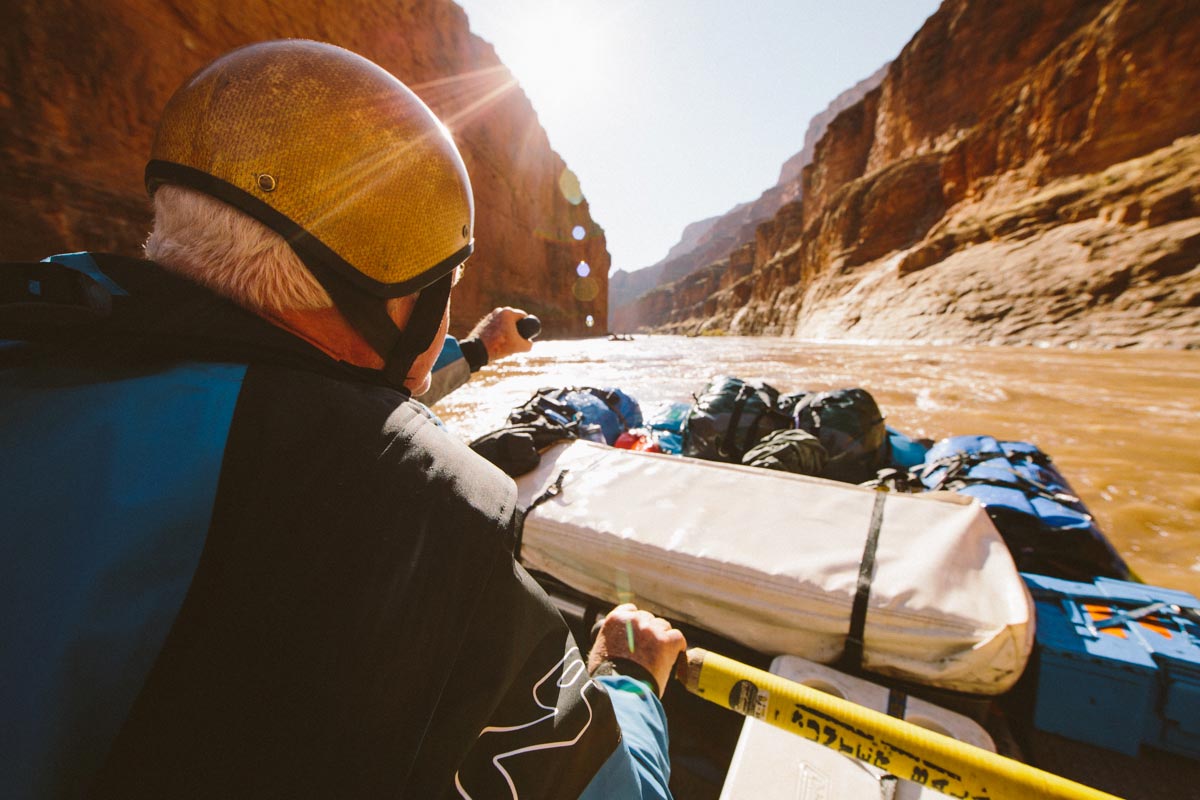 But the most memorable moments of the trip for Forest were the quiet ones.

"Those are the moments I think of often and fondly," says Forest. "Just floating with Dad deep in the canyon, not needing to speak, content and connected by the river." 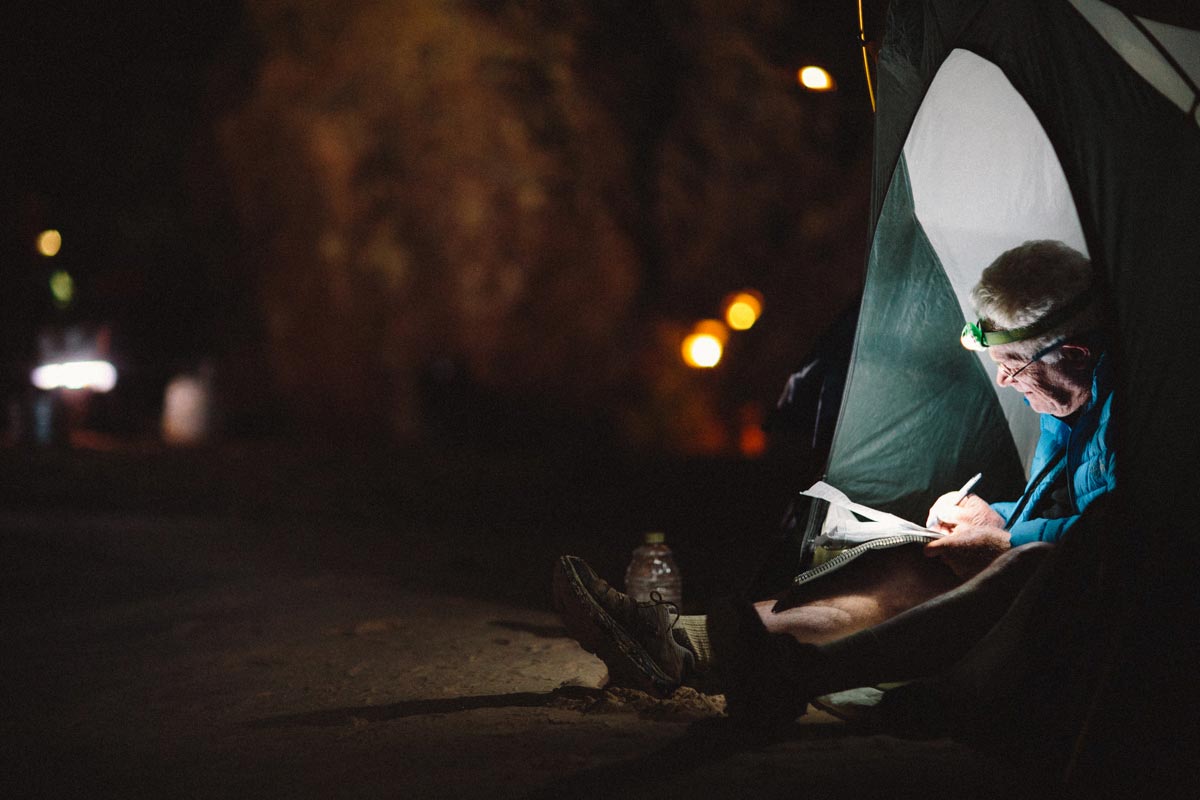 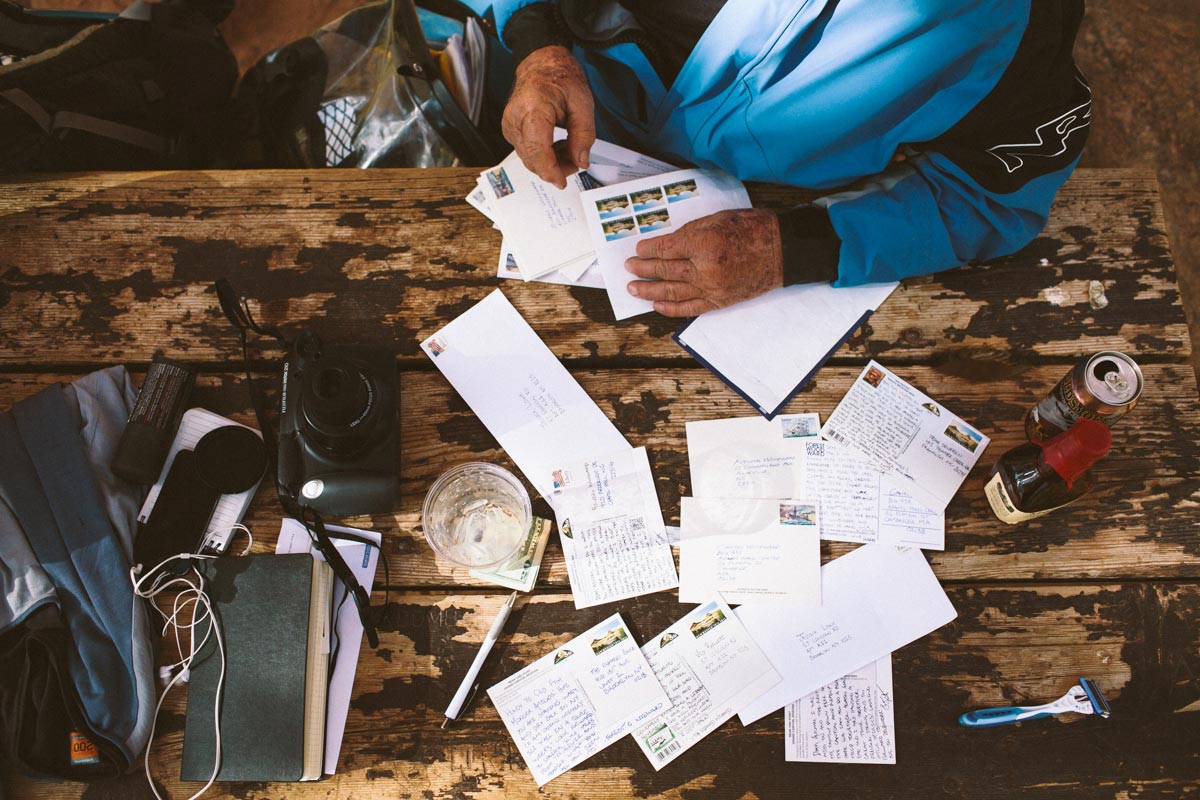 When Forest returned from his trip, he teamed up with writer Brendan Leonard and the creative team at Gnarly Bay in Rhode Island to create a script and short film that would somehow capture the life and introspection of a month-long trip.

Once they finished, Forest wasn't sure what his dad would think of the film. He'd told him that he was making a film about the river and their trip, but not much more than that.

"I realized after showing it to him once that he probably needed to see it a few times to digest it because it would be incredibly intense to see 44 years of your life and some of your most meaningful moments jammed into a 10-minute script narrated by the little son you gave birth to," says Forest. "Ultimately, he loved it, and so did the rest of the family. It's brought us much closer together."

When we asked Forest about the lessons he has learned from his father, he gave us quite the list — "Lean downstream. Your quality of life is more important than the quality of your material possessions. Learn through experience. Be kind. Be patient. Listen to others. And skinny dip as much as possible." 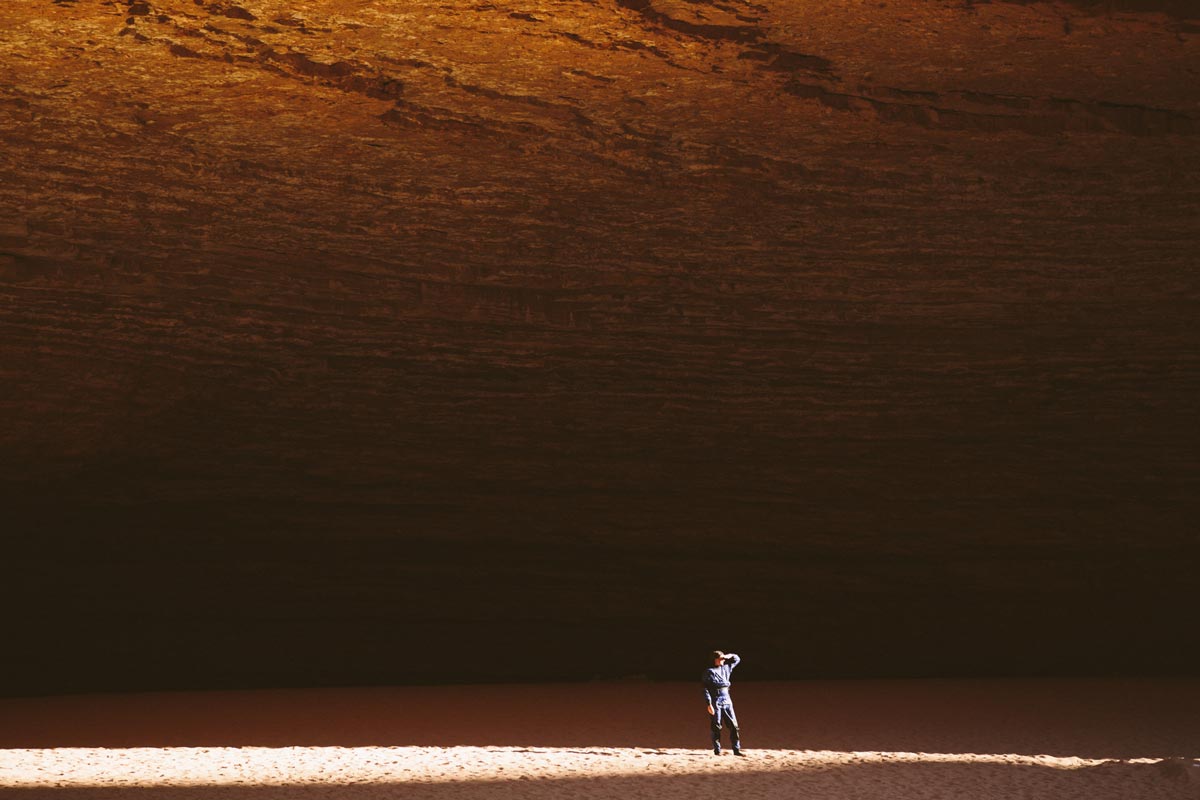 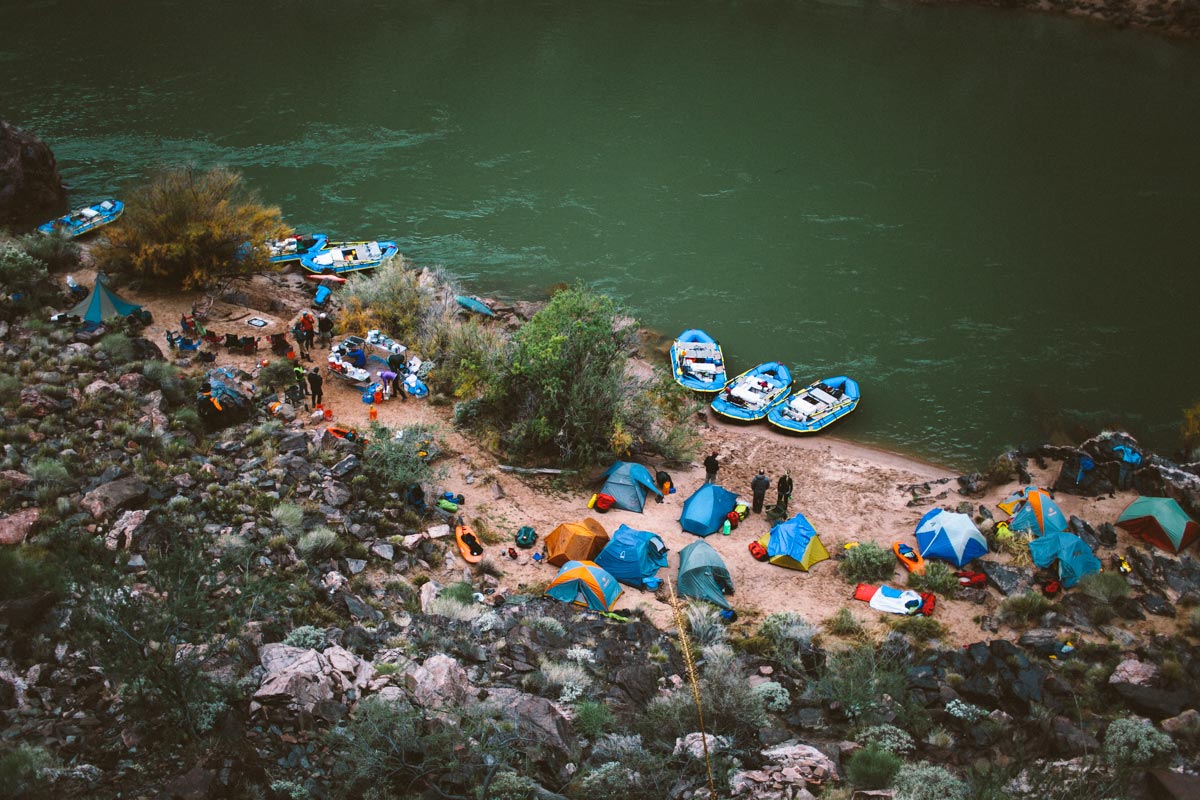 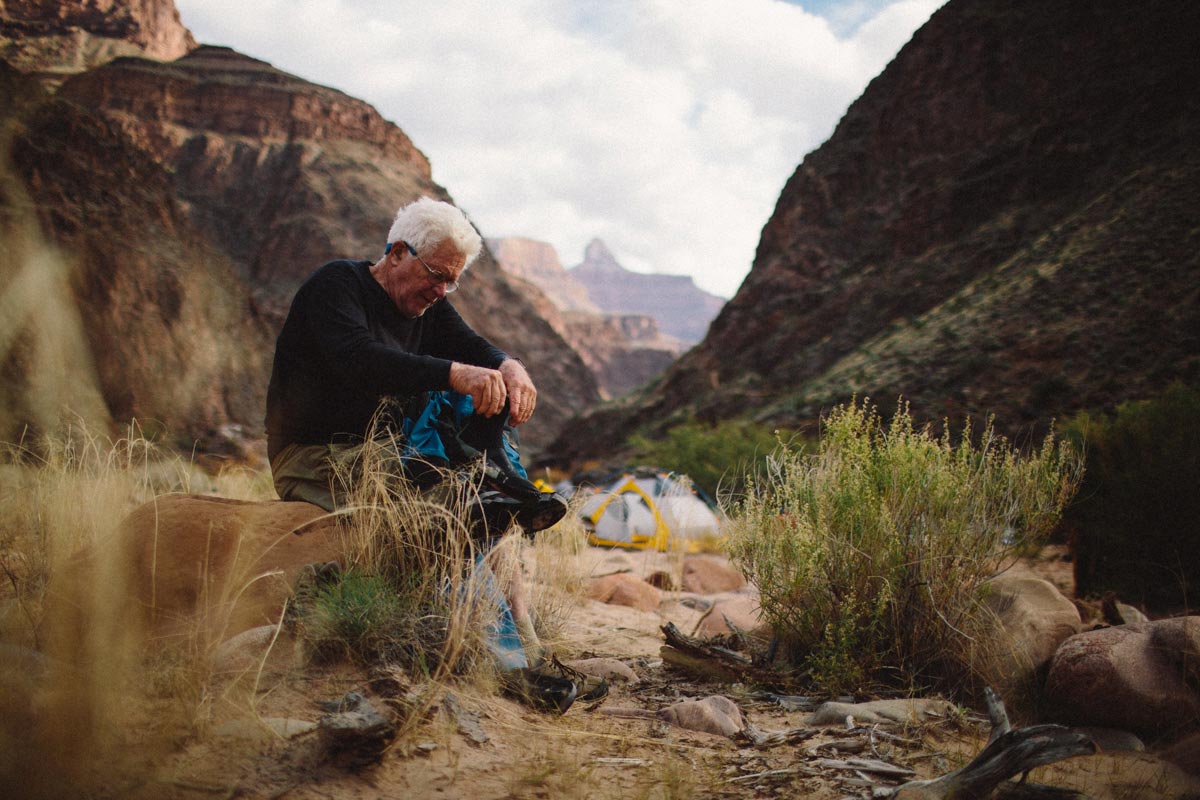 Doug, who will be 79 in September, hasn't slowed down. Forest guesses at this moment he's somewhere tromping around their mountain to bring in firewood to dry for winter or out riding his bike on the Needmore Road or canoeing on the Little Tennessee with his mom. He's also working on his second book. Those mountains and roads and rivers in North Carolina, more than any other spot, are Forest's important places.

"Places in and of themselves are important, but it's the confluence of the important people in my life with those places, and the experiences we share there, that make them particularly significant," says Forest.

About the filmmakers | Forest Woodward is a Brooklyn-based photographer and filmmaker specializing in adventure and lifestyle photography. His clients include Patagonia, Filson and J.Crew; and his work has been featured in National Geographic Adventure, Outside Magazine, Esquire, Climbing and more. 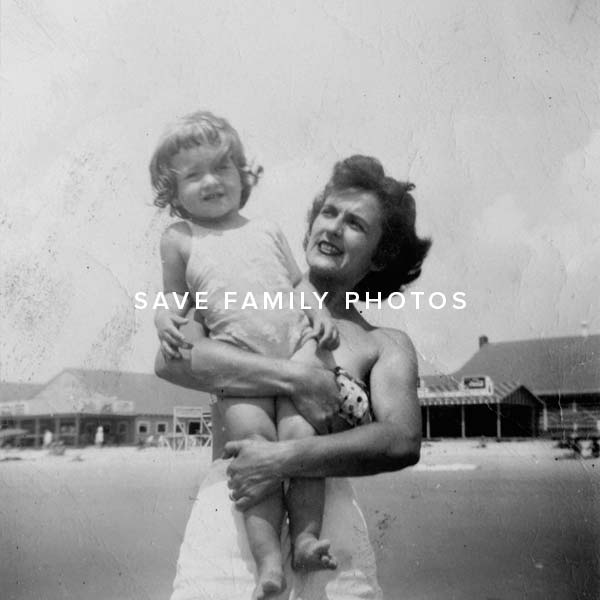 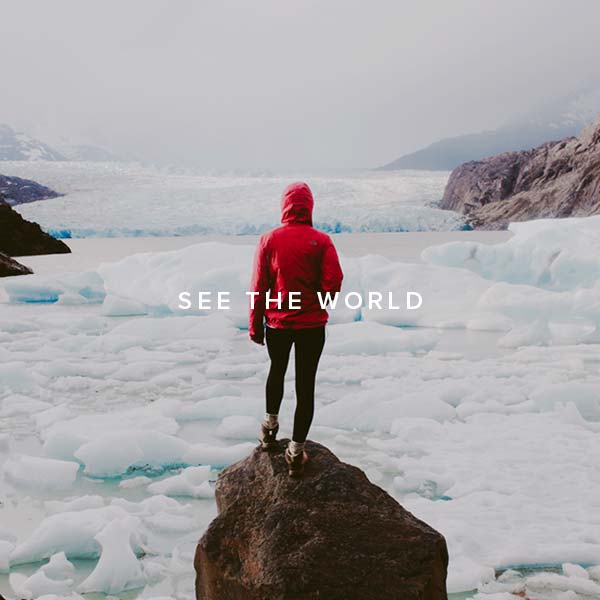 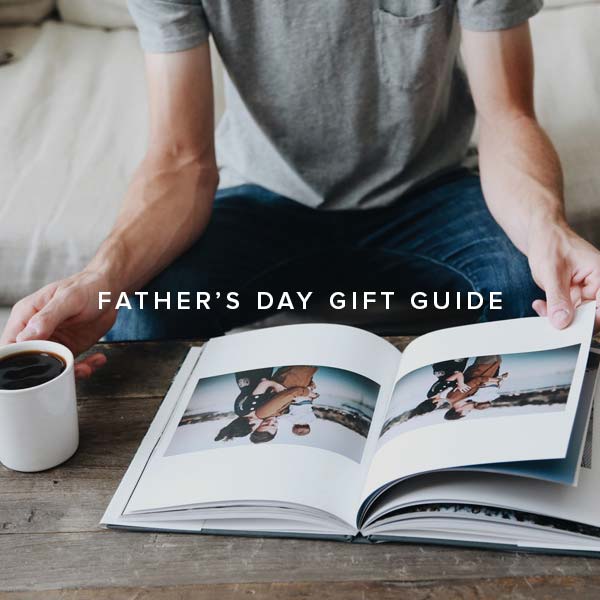